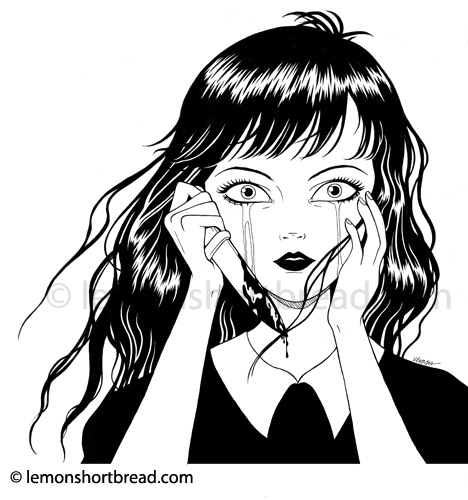 That's the title for now lol. Here's my latest illustration done for a collab T-shirt graphic. We are inspired by retro 1970s style horror manga with a what-happened-before scenario going on, and I had fun drawing this. She was originally done on paper and I inked her with my dip-nib pens (it's been a while) and improved her digitally in Photoshop. She looks quite different from the original traditional version! I have been procrastinating on half-done artworks so hopefully I will get those completed, this one was finished quite smoothly and quickly since I've been itching to draw some horror stuff!

Email ThisBlogThis!Share to TwitterShare to FacebookShare to Pinterest
Labels: Art, Manga and comics