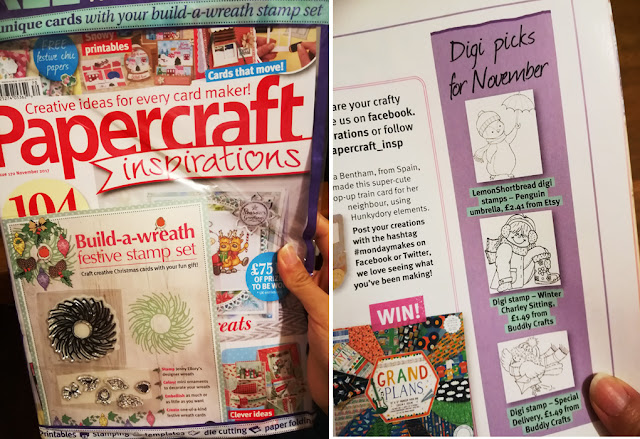 Just a quick post that one of my penguin digi stamp was featured in Papercraft Inspirations magazine #170, November 2017 issue. Grateful for this small feature! I excitedly bought the mag from Barnes & Noble in the US back in December and am a happy camper! I think I may be in the Jan 2018 issue also, can't wait for it! 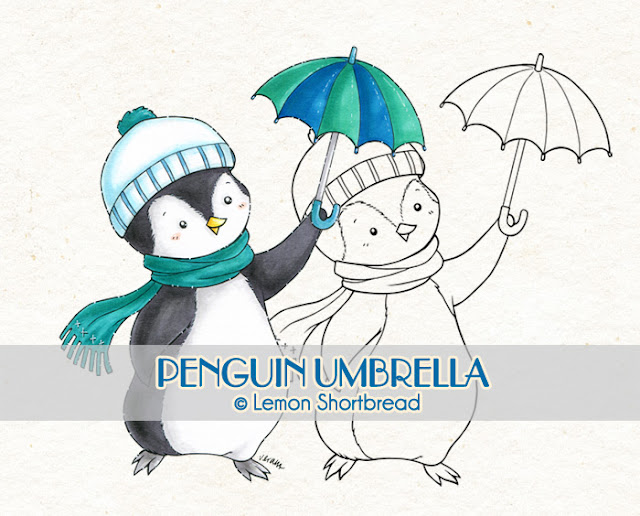 This digi stamp can be found here: Penguin Umbrella

Newest member of the cat clan! 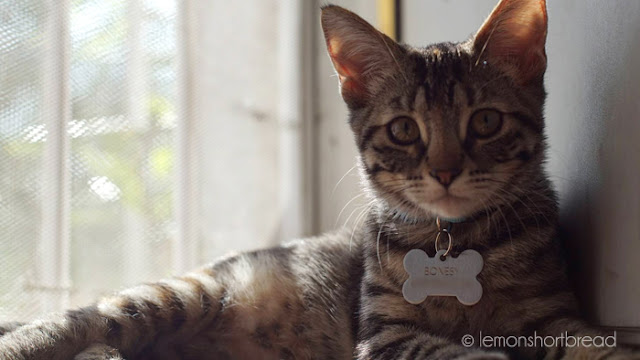 He was named Bonesy because he was so thin after being rescued from under the house of my boyfriend's. He was probably stuck for about 2 days and would've starved to death if it wasn't for his incessant mewing below the boards.

Thankfully he was real friendly (grateful maybe!) with his new human family, not feral at all and about 7-8 weeks old I think. Within two weeks the kitten caught two rats in consecutive days. I asked bf, "Are you SURE it's a male? Because male cats aren't as efficient in hunting as females.". He looked again and said "Yeah I see balls.". 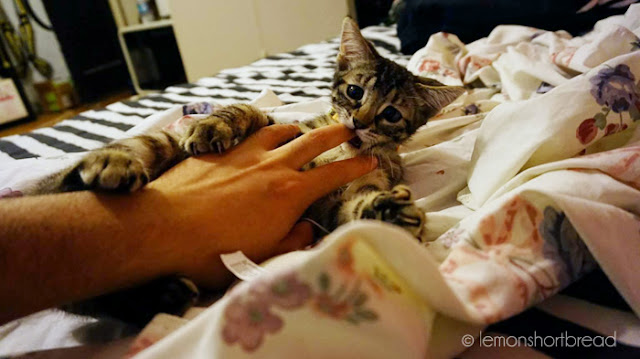 Anyhow we brought Bonesy to the vet to get fixed when I went to California last Oct, and guess what? HE turned out to be a SHE! The markings on her ass does make her like she has balls but yeah you can immediately tell she's 100% female when she does her belly flop! We call her Bonnie now.

Active one, we like to think of her as an ocelot. She loves to snuggle and suckle on people's neck and has a penchant for grooming hands. She also likes to jump all over the place, knocked 2 vases into pieces, and perch on bf's back. She and Miu play chase every wee hours of the morning and mid-morning when I was there. 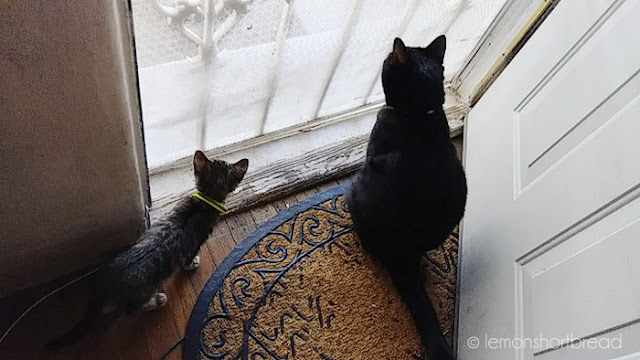 Here she learns the joys of Cat TV from Miu. Miu was initially terrified of this tiny kitten lol. 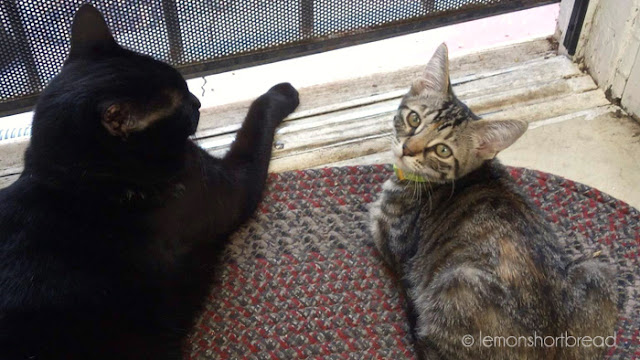 Kiwi was not fond of her at first, and tolerates the rambunctious kitty at best. She often bops Bonesy's head & hisses when Bonesy gets too wild because grandma doesn't want to play! 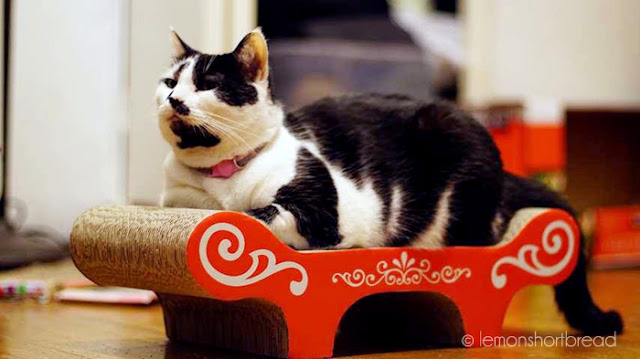 Obese Miu lost a little bit of weight after Bonesy made her gallop around like a mad cat. 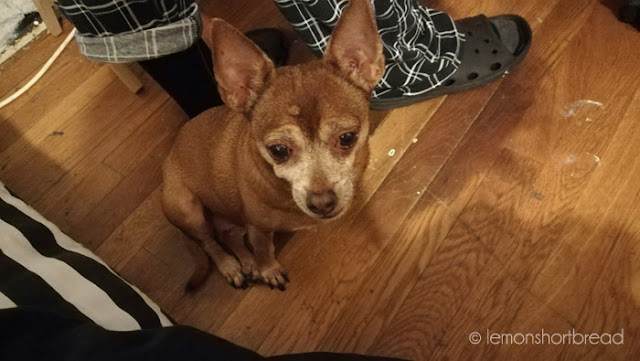 Grandma Lucy says hi! She's afraid of something in this photo (think it was the sound of the air pump) and hiding behind our legs. The other chihuahua Dotty recently had a health scare and almost died, she has a blood platelet disease and medication seems to be helping. I hope she recovers fully. Unfortunately I do not have a nice photo of Dotty when I was there because I didn't think she was ill. 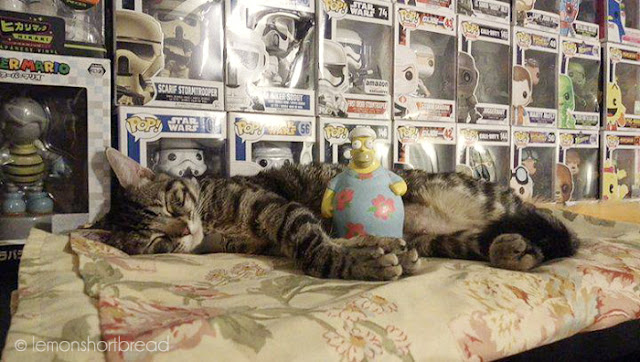 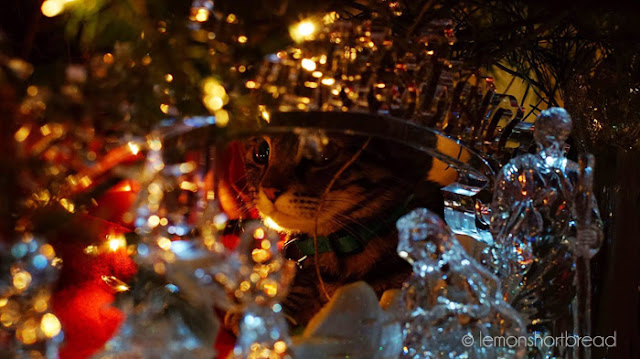 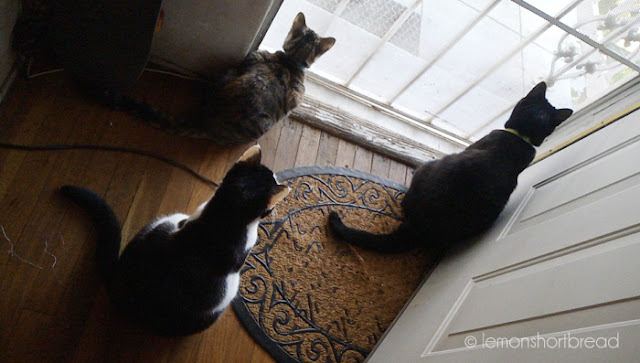 Finally all three cats can co-exist peacefully and watch Cat TV together. Bonesy's in Kiwi's spot though. Actually there's a new stray cat on the porch (wondering if she is related to Bonesy)... don't know what to do yet. 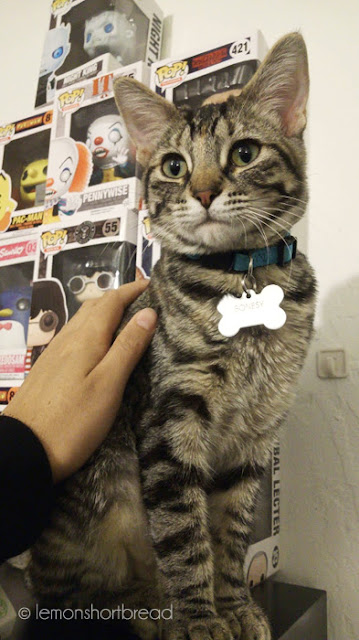 All grown up. Hopefully she remains this size and not put on too much weight!

There I did it! First post of 2018 and something that is not my artwork. My last personal post was in Aug 2016. I have a boring life and there's nothing eventful to post, I just work work work =P
Posted by Lemon Shortbread No comments: