Went to the Asian Civilisations Museum again, this time for a small special exhibit featuring the famous Terracotta army from the tomb of the Emperor Qin, first emperor of China. I think this guy is quite insane besides being a tyrant. Crazy, crazy fella. I think about 9,000 terracotta figures, each varied. I almost forgot he built the Great Wall of China, burned all the historical books and massacred scholars. Plus the other stuff buried in the tomb: mercury rivers and palaces and the such. They haven't opened the actual tomb (sealed) yet so who knows what is to be discovered? 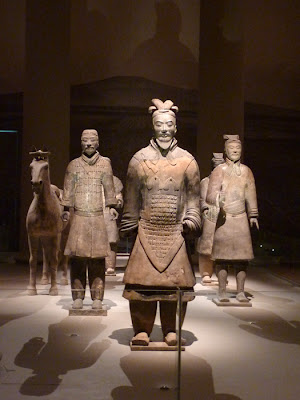 Anyhow a background from the Wiki:
The tomb was discovered in 1974 in Xi An, Shanxi province by some farmers digging a well. For centuries, there had been occasional reports of pieces of terracotta figures and fragments of the Qin necropolis - roofing tiles, bricks, and chunks of masonry - having been dug up in the area. Work on this mausoleum began in 246 BC soon after Emperor Qin ascended the throne (then aged 13), and the full construction later involved 700,000 workers. 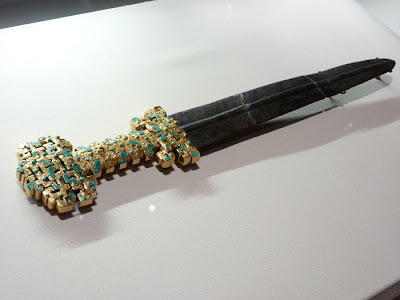 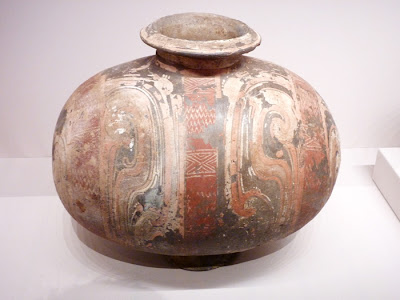 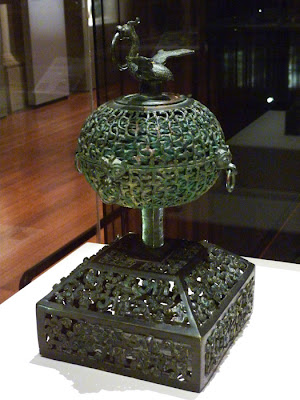 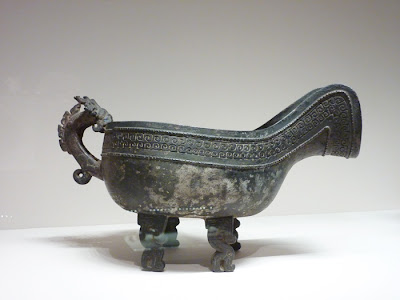 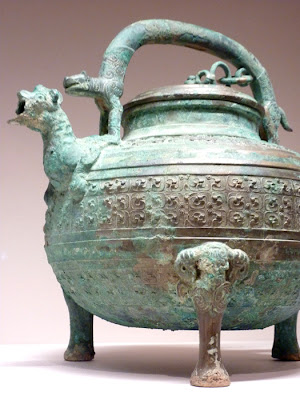 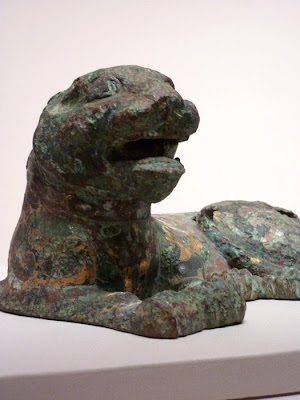 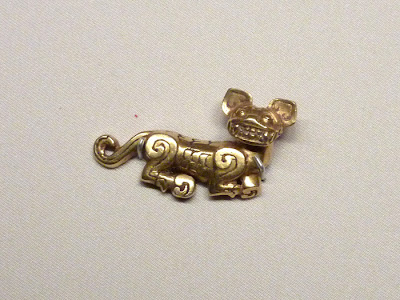 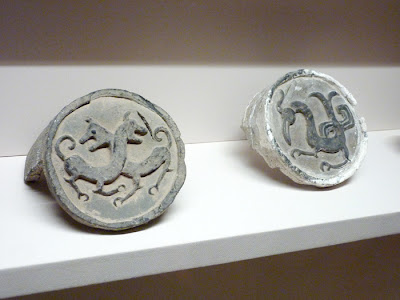 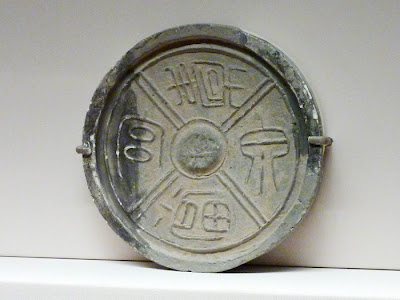 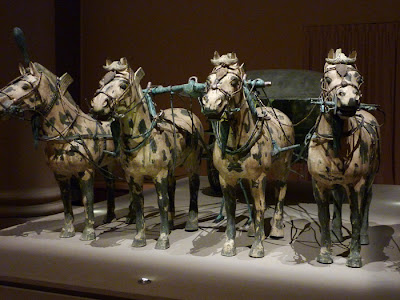 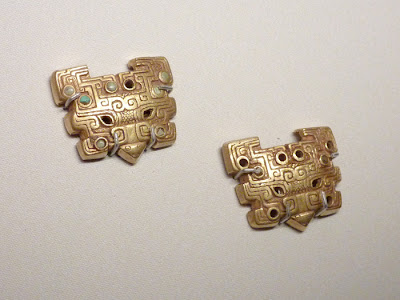 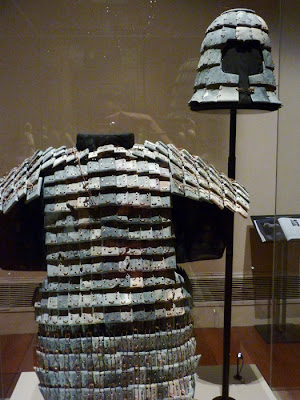 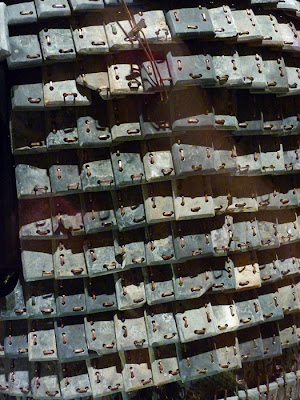 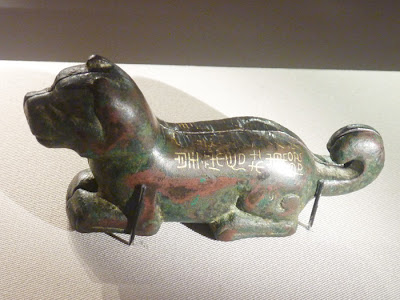 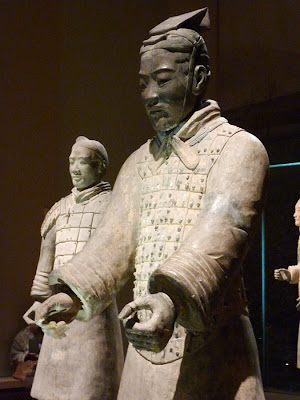 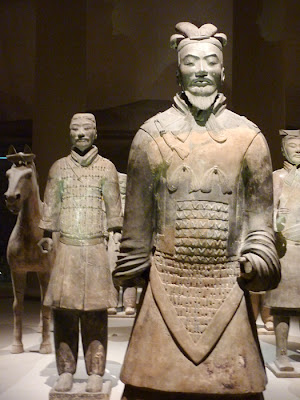 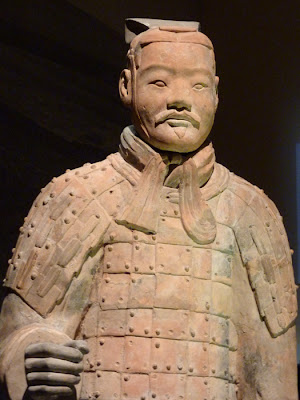 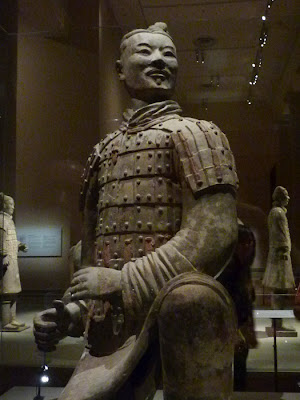 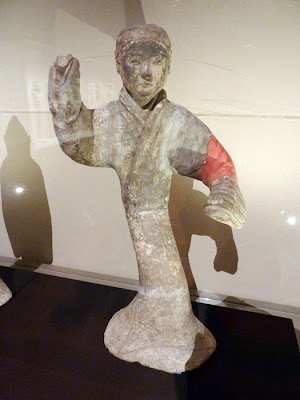 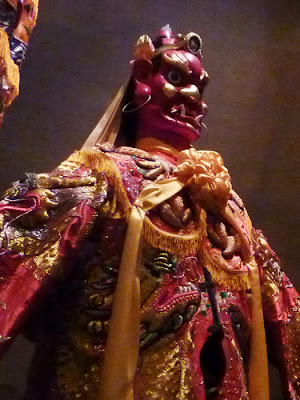 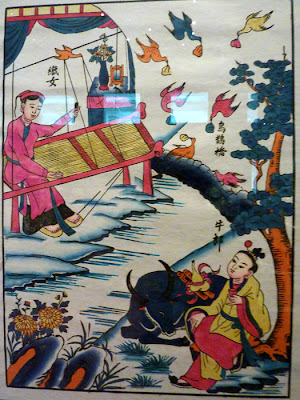 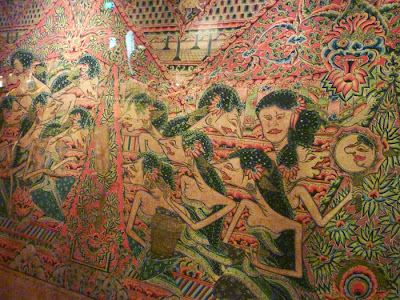 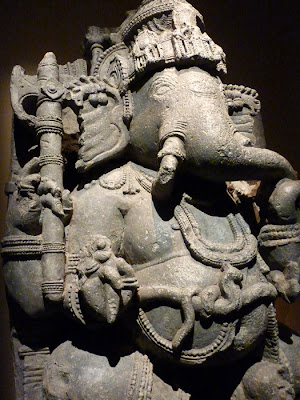 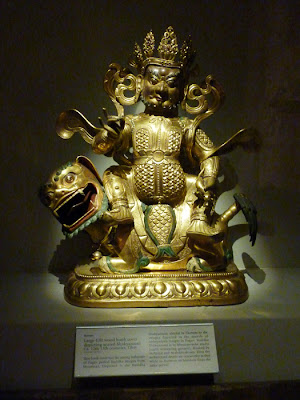 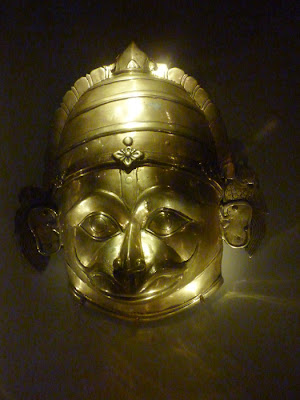 Pretty amazing display of the army sculptures and the other items. I liked the dagger most over all other things. Brilliant collection and good to see all of them is such good condition.