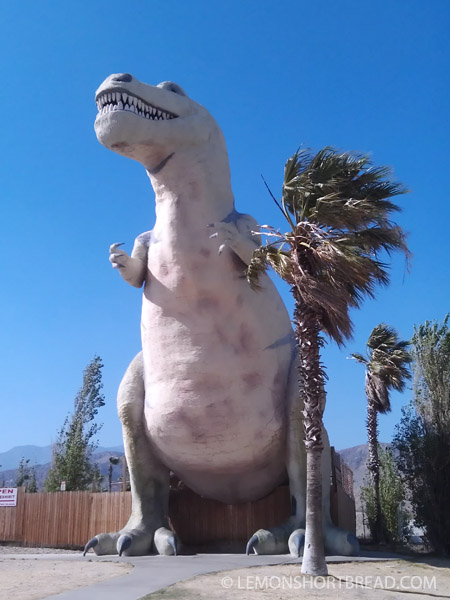 A few photos from last year's summer when we were heading towards Cabazon / Desert Hills Outlet Mall, located at Riverside, California. Don't forget to stop by and check out the historical landmark dinosaurs if you have time, known as Claude Bell's giant dinosaur sculptures or what we call the Cabazon dinosaurs. Meet Dinny the Apatosaurus and Mr Rex. I heard from my bf the goldminer's restaurant beside the park was recently burnt down! 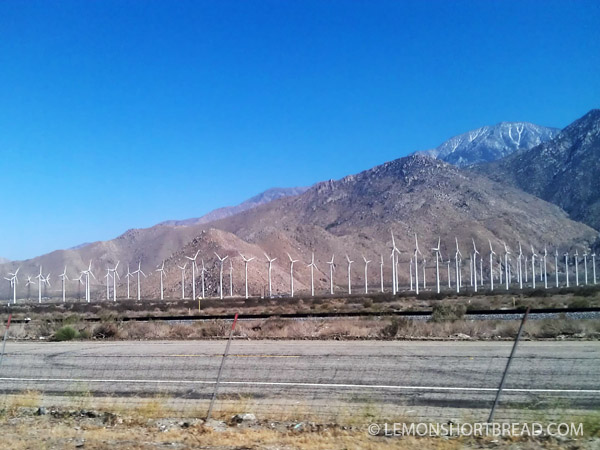 Before arriving there, we pass by a windmill farm. I get very excited over them because they look so surreal! 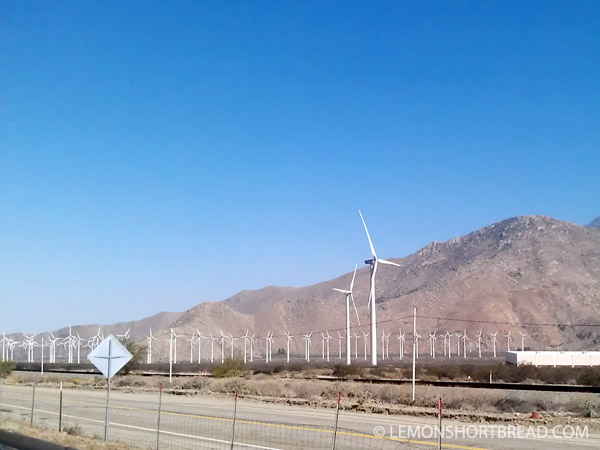 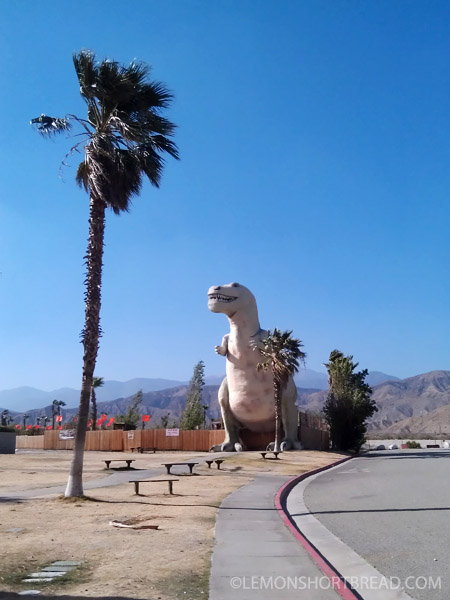 Can't miss the T-rex off the Cabazon exit at the freeway I-10. 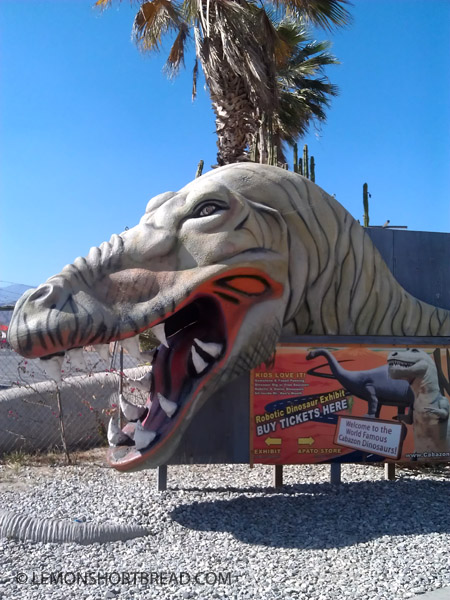 There is a museum but we have never gone in. 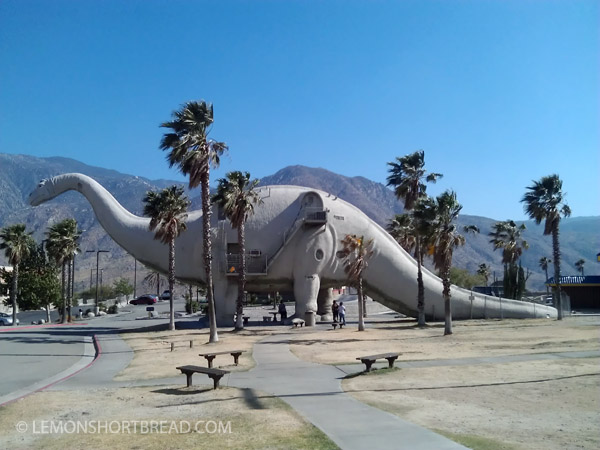 The location was featured in "The Wizard" 1989 (that Super Mario Brother's promotion movie) and "Pee-Wee's Big Adventure" 1985. 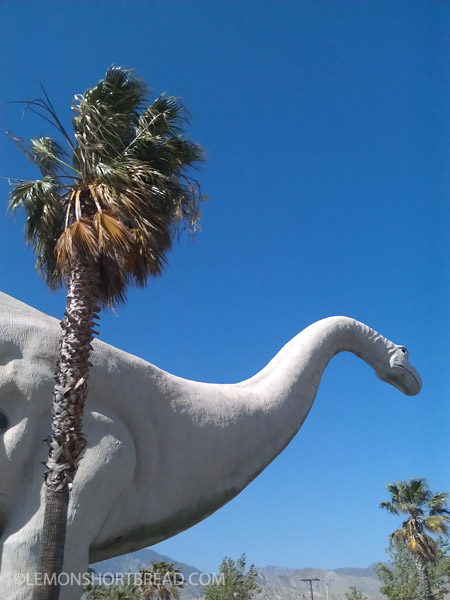 Super windy. Blew my cap and hair comb off a few times and then I gave up. Don't like the harsh sun but can't open an umbrella either. It's a quiet (bright) place, we were the only ones there when we took these photos, besides another family. 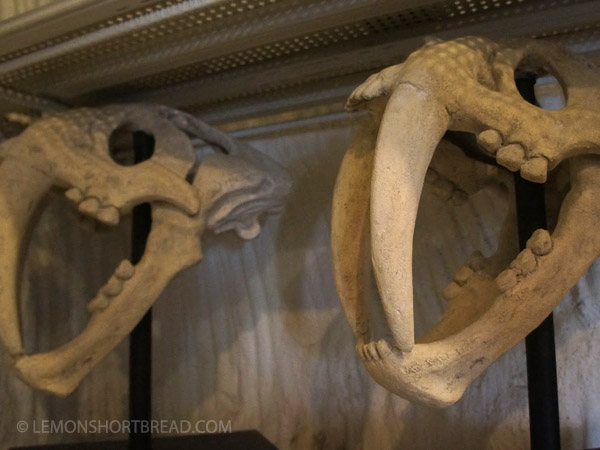 Dinny has a gift store in his body. Sneaked a photo. 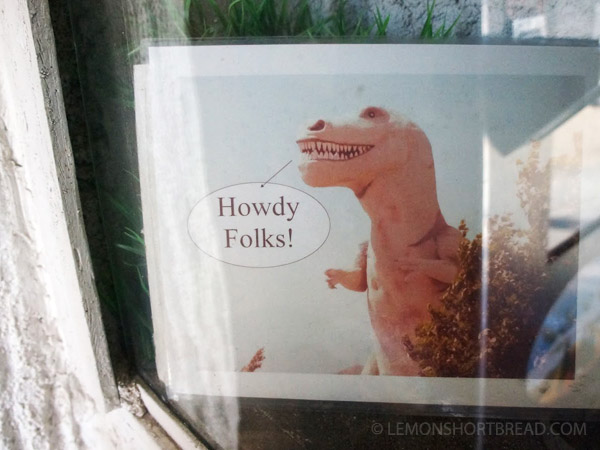 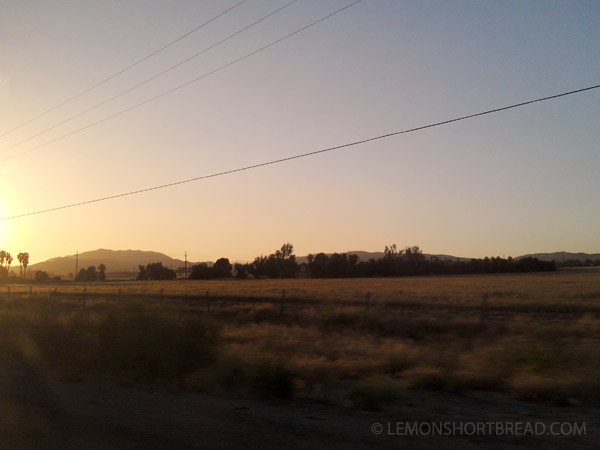 We took a detour back after Cabazon and it has nice scenery.

1980s before the casinos and outlet malls... the dinosaurs featured for 2 secs.
Posted by Lemon Shortbread