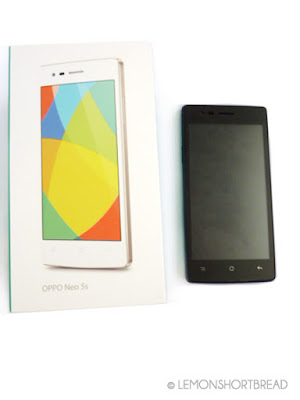 I got this new phone OPPO Neo 5s (OPPO 1206) about 2-3 months ago, which came free with extending my phone plan and there wasn't any choice when it comes to freebies. First off, this is an entry-level 4G smartphone. Second, I haven't used any OPPO products before. Third, I am not a heavy smartphone user and dislike phones in general so am not fussy with specs, nor do much of a comparison with other brands. This phone would be in the SGD$200, maybe US$160 range. OPPO is based in Guangdong, China. 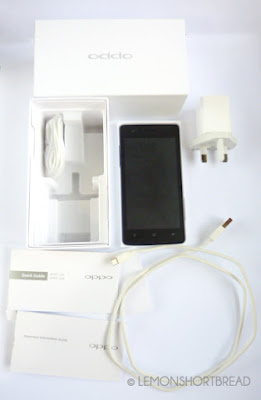 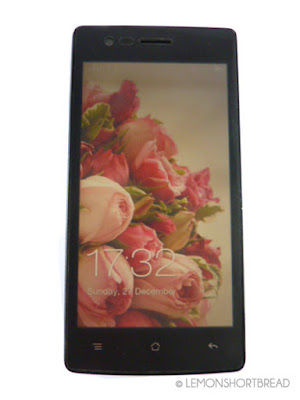 The native Color 2.0 operating system is alright, it is intuitive and not hard to use. Mine comes with the usual Google apps and some other settings that you might find useful like Eye Protection Display and other bells & whistles like the fancy music player, weather widgets, customising your lockscreen and gestures. You can uninstall any apps you don't use. 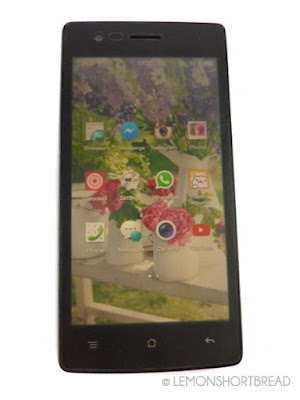 The eye protection display is turned on in my photos, so the screen has a reddish yellow tint, sorry I forgot to turn it off. The apps are shifted off the dock as I keep activating them when I only wanted to swipe right. Also that giant grey clock that came as a default is removed - although some people like it, I don't. Yeah Neko Atsume ftw.

Despite being launched in May 2015 and Android's Lollipop 5.0 platform being available since Nov 2014, this phone still runs on KitKat v4.4.2 platform. Well Marshmallow 6.0 is out now, so I am like two versions behind. But at least it runs smooth. 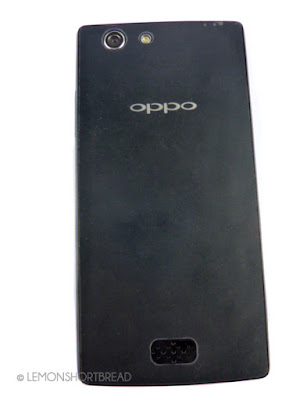 The rear camera is decent, I have not taken much photos but it seems alright. I am still testing it out and am happy with it, because photos taken with phones are usually just for social media. It doesn't do macro, I'll just stick with a traditional camera for that. The front camera's low megapixel may deter you if you are a selfie enthusiast.

The battery charges up at a decent speed, though depending on usage you may find the battery drains quickly. It drained faster than my old iPhone when doing online video chats or playbacks, or browsing the web. A daily charge is sufficient for me as I don't use my phone much.

This phone is not common so it is hard to find a nice phone case for it. The only design the phone vendor had was a plain silicone maybe latex transparent generic type (I bought it at a local bazaar). In the end I found out I was allergic to it. 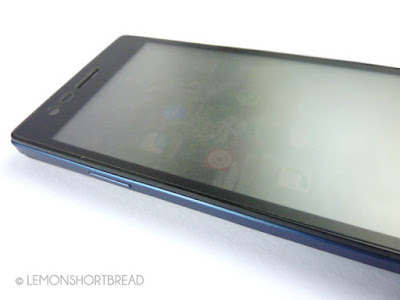 The sides are blue with a black front & back. The matte screen protector is still on, so the screen is not glossy & sharp in my photos; I prefer that to fingerprints and glare. The phone is slim and not that light or flimsy that you would feel it would bend easily. 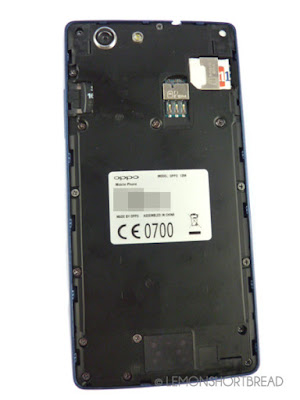 There are dual sim slots, and one slot for your microSD card that can expand the storage at an additional 128gb, which is great. The phone's internal memory is 4gb. You may be left with about 2 gigs for storing. If you have problems slotting in the microSD card on the side, just use a bit of force. 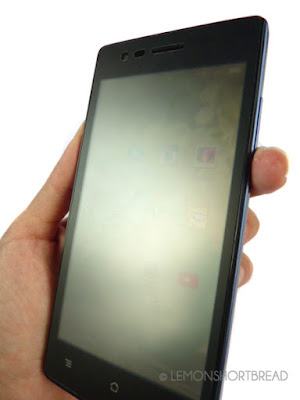 Now for my pet peeves: The placement of the buttons bug me a lot. I keep doing screenshots without wanting to. The on-off button (left side) and the volume buttons (right side) are placed on the same horizontal plane. When you hit both together, you get a screenshot. Maybe I am holding it weird or something, but I keep pressing the volume button when I only wanted the left button to sleep the screen; because my index or middle finger needs to balance the phone when I press it on the left. Annoying to say the least. I have to keep deleting desktop screenshots. 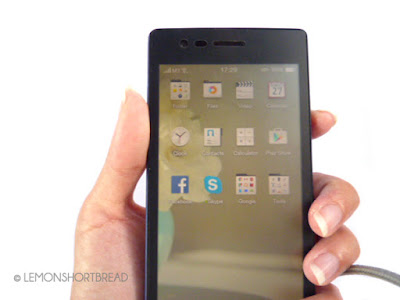 Why can't they make the on-off button on TOP of the phone?  It doesn't happen on an iPhone or my other HTC android because both don't have a set of buttons on BOTH sides. Also screenshots don't work sometimes when I DO want it, it just ends up volume only, or the off screen. If you are watching a video on landscape view, you will have to lift the phone off the table to adjust the volume because if you press it downwards, that might put pressure on the off-screen button and the last thing you'd want when adjusting the volume is a video that goes off! So I suggest you use a stand if you plan to watch videos frequently. 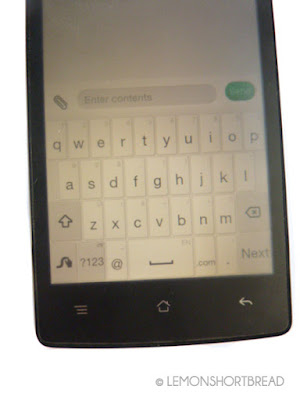 Another thing that could be improved is the keyboard and touch detection on the home screen button set on the center bottom. The home screen icon is ever SO sensitive. Maybe I just suck at typing on a touch keyboard but the various message apps keeps exiting to home screen while typing, usually when I hit the spacebar and maybe a bit too close to the Home button, which for some reason is in the middle... a hotspot. And this happens all the time especially when I'm typing quickly or walking while texting. Actually it happens when I type slowly on one hand too! This never occurs on the iphone (the button), and my other android (the home button is on the left). I have to be extra careful and real tiptoey with my fingertips. At least they have the courtesy to let me resume where I left off.

In conclusion, if you are not a heavy user of smartphones or a selfiegrapher, or not planning to type a lot on the phone, you can try this. It is not the best, definitely not the worst. The phone is what you'd expect for this price, and it isn't too shabby. The official website seems to be touting the visual aspects of the phone's rear camera and the OS so if you like that, then good for you.
Posted by Lemon Shortbread

These kinds of games have been incorporated into social networking sites, too. NEOGOODS