My bf and me went to Fort Siloso on Sentosa island in March earlier this year and I thought to share some photos. It was a last minute trip, now that there is a convenient monorail linking to Sentosa island to the mainland we thought to pop over to Sentosa because bf wants to take a look at the giant Merlion statue. At the same time it was about 4pm and so many of the attractions were closing, we decided to pay a visit to the Fort Siloso attraction since he thought the old military exhibits would be cool. It was also the cheapest attraction at SGD$8.00. 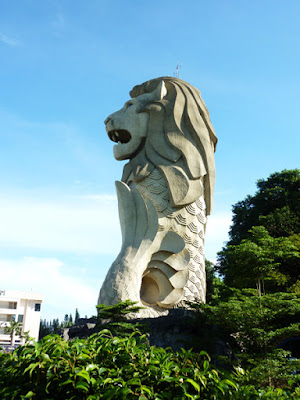 Here's the Merlion! You can go into his mouth but you'd have to pay. 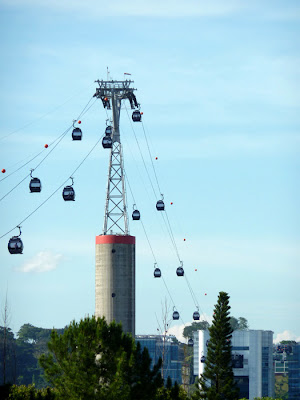 The cable cars have finally resumed operation, I think they upgraded the cabins since the old ones had really horrible ventilation and makes traveling uncomfortable in our sticky hot weather. 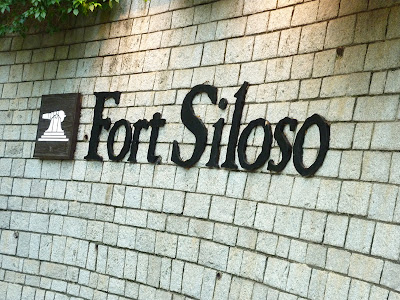 Entrance to Fort Siloso attraction. It is a coastal artillery fort and the only one left preserved from the British colonial days, other forts are inaccessible, removed or overtaken by foliage. It is not a true preservation though, since the place has been altered (possibly for commercialism). Anyway, by the time we reached here we were told by the tour guides that they were closing in 20 mins! We were the only ones there, besides another couple. So if you thought the place looked quiet in the photos, the reason was because it really was. 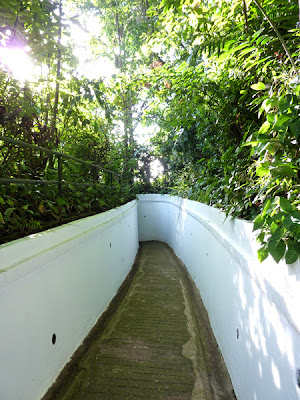 So after waiting for the last tram to take us uphill we started to rush through the attraction. The tunnels and underground bunkers were our priority so we skipped the indoor exhibits. This photo shows it going down into the tunnels. 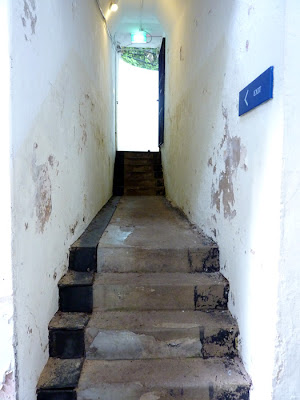 Lots of stairs and narrow corridors. 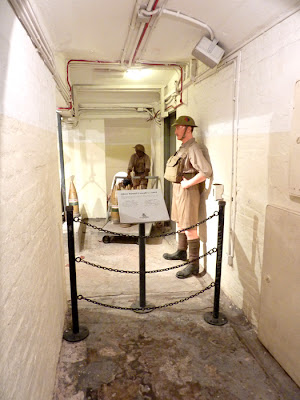 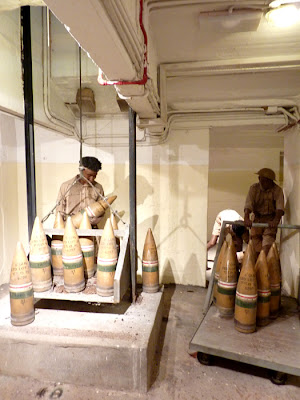 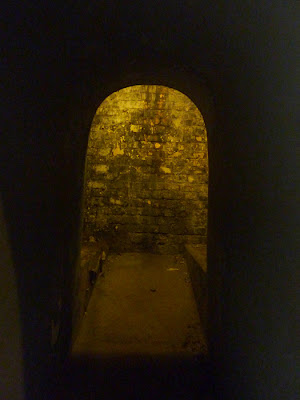 Don't know what this room is for? It is just a steep creepy narrow crevice, I went in, small area to the left and right. It extends all the way upward once you're inside, don't know what is up there since I didn't dare look lol. 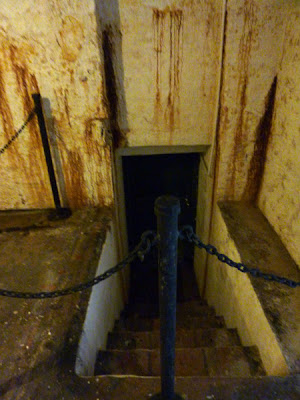 You can't see it but this barricaded door is flooded and goes down to somewhere. 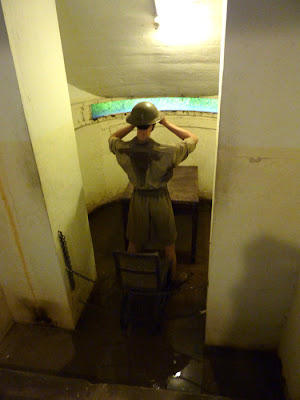 This mannequin is standing in a puddle of muck. He's even sweating lol. Yes the weather was extremely hot that day. Can he even see through that overgrowth of shrubs out there? 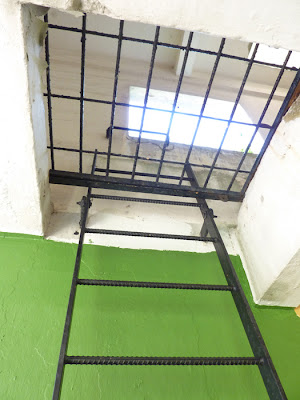 This is a shortcut that leads you up on normal land. 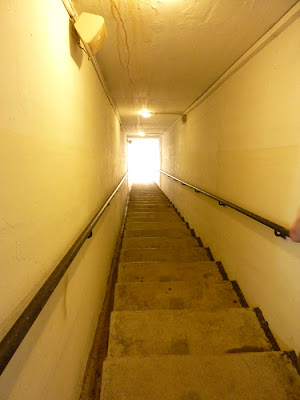 Lots of stairs going down. 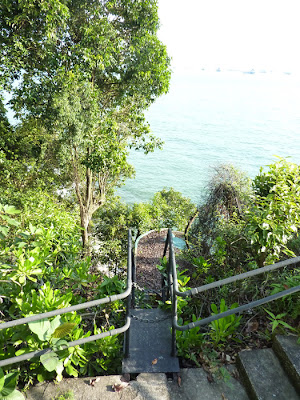 Narrow stairs going all the way down to the beach, I'd love to explore that area since there should be old stuff down there but it is inaccessible and probably hazardous. 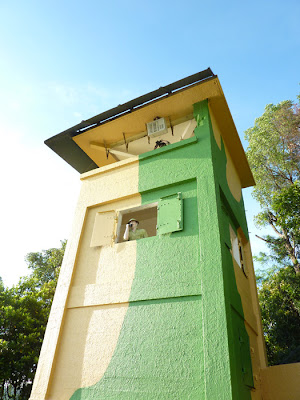 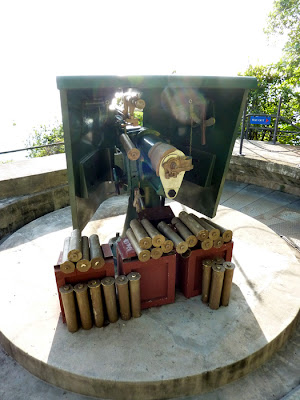 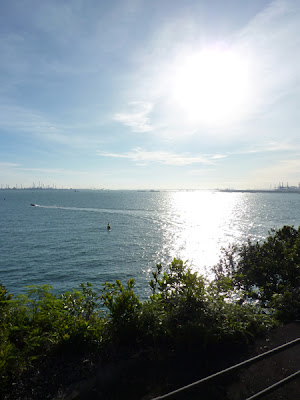 The guns are facing this area. 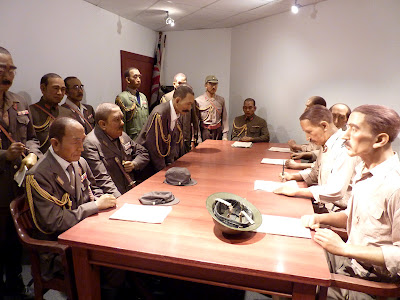 Air-con bliss. Reason why we stayed so long in this one. There were videos and dummy exhibits on the Japanese invasion, British surrender, Japanese surrender and Singapore's independence. 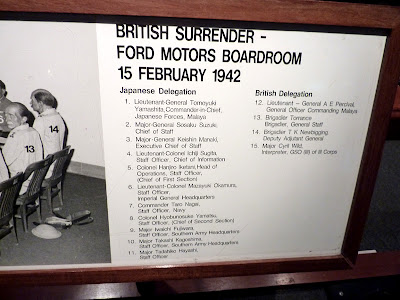 The old Ford Motors factory is one of the rumoured haunted places in Singapore, that is, until they renovated the abandoned building (since 1980) into a museum. It is a nice art deco styled building. 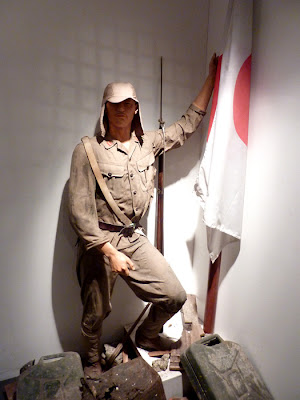 You should hear the Japanese Occupation stories my dad had experienced as a teenager, let's just say it was a terrible time for all the people here during that time because of the brutality of the invaders. Always count our blessings now that we live in a peaceful country with no horrors of war. 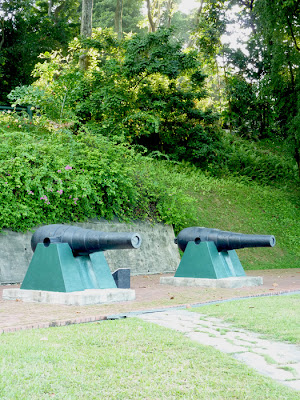 Back out in the sweltering heat... 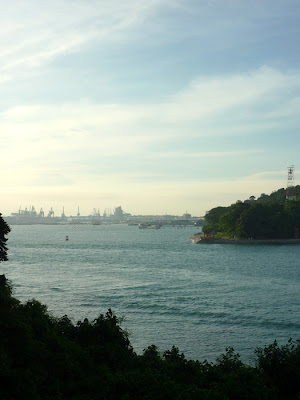 End of the day, the attractions closed, we missed the outgoing tram so had to walk downhill, the security was also checking whether we've left lol.