I just remembered to mention that I went to Sequoia National Park during the summer, did you know how long we took to plan the trip? Yea just the night before... at 10pm! This is not recommended since we had to wake up at 4.30am just to make time for the drive lol. Anyhow the park contains the world's 2nd largest trees - the giant sequoia. The park is quite large: 404,051 acres excluding the neighboring King's Canyon National Park, which we did not go to since it was just a day trip. During the summer, the temperature gets rather warm even up in the mountains. It was a tiring 8-hour drive one-way; which the gas price only made worse. I went to check out the website, the majority of the park is roadless wilderness which can be explored only by horse or foot, looks beautiful but we are heading there for the trees and the crystal caves only. 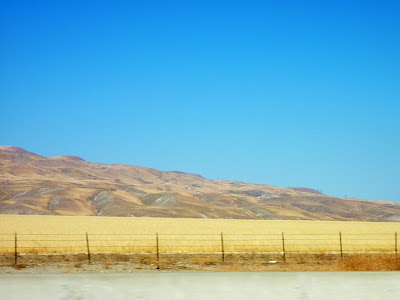 The trip towards the park was nice enough, the scenery is pretty interesting despite being dried up. Can't say the same for the return trip when it's pitch dark. 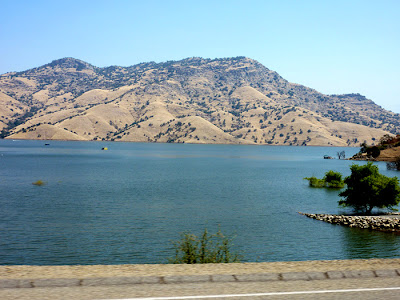 This is Lake Kaweah but nope this is not our destination. 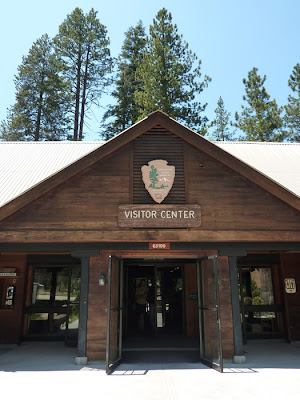 Here we are, Lodgepole Visitor Center. I think it took maybe about 1.5 hours to get up here from the main entrance. Very bright sun. Crowded too. 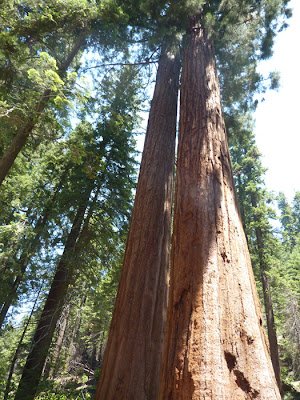 Welp ok... now I understand. I can't see the top of the trees lol 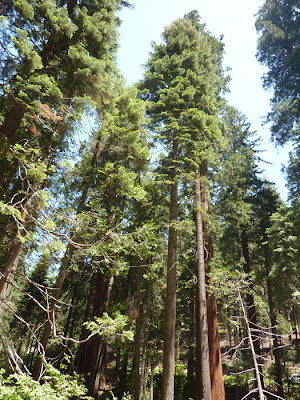 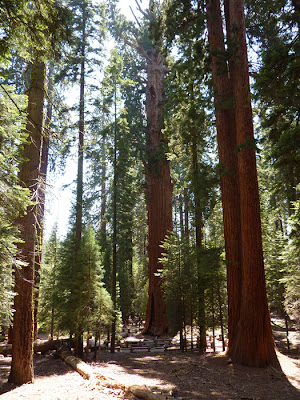 General Sherman's Tree (the world's largest tree in terms of wood mass) is in the center, there are a lot of people there snatching to take photos with it so I just took it from afar. Yeah you can barely see the humans right? 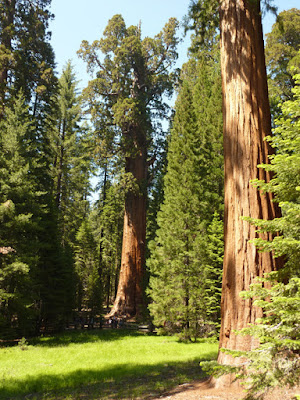 General Sherman's Tree from another angle. 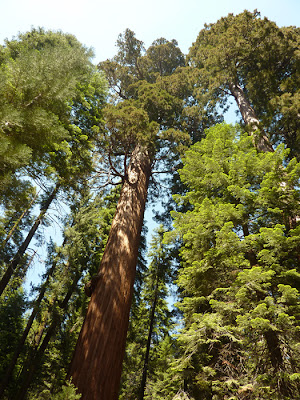 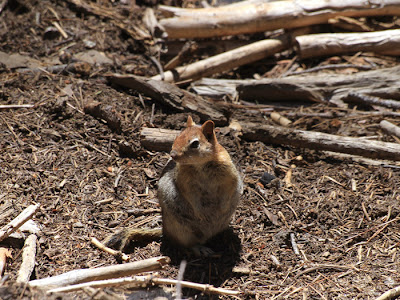 After oogling at the trees and breathlessly trekking out of the Sherman's trail, we decided to head to the Crystal Caves, they are all guided tours so you have to book your tickets ahead of time at the visitor center... limited tickets. Last tour is around 4.30pm? And make sure you get to the allotted schedule on time by calculating the 90 mins drive from the center to the cave trail. And then there is also a half-mile trek to the cave itself which is about another 30mins. The caves are only open in summer from May to October. 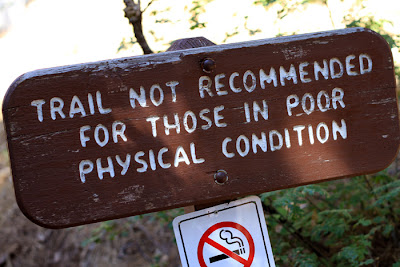 Warning of what's to come. For most parts of the trail there are no protective railings along the chasm, so maybe this is not suitable for those too afraid of heights . If anyone wants to murder anyone this is the best place me thinks. That didn't stop me from photo taking though my legs were getting a little woozy from the height. 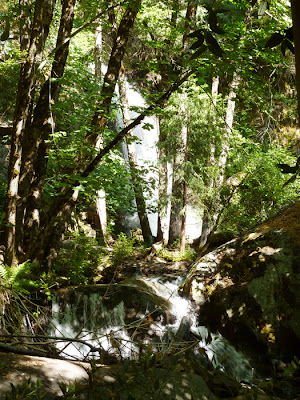 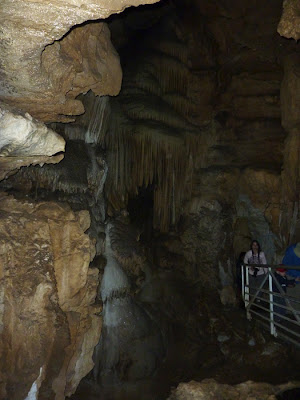 The temperature in the caves is cold, about 9 degrees celsius / 45 degrees fahrenheit. It is also a bit slippery at times because of the wet ground. 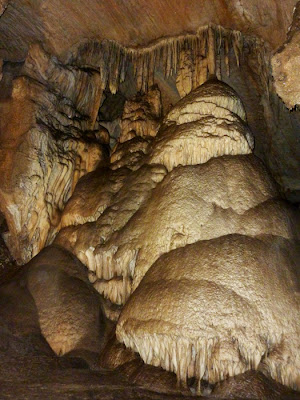 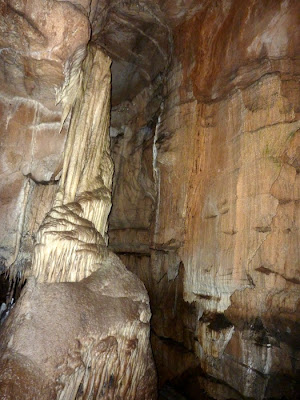 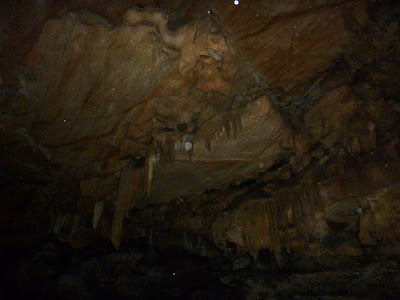 Stalactites and stalagmites and orbs. 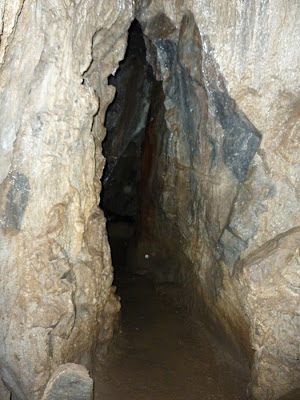 In the early days, people had lost their way exploring these caves, it's a terrible maze in here with many through and not-through holes left right up and down. The worst thing happened to this guy who was lost for days in the dark, alone, with no light, food or water. He crawled around trying to find his way out. Fortunately he was rescued. 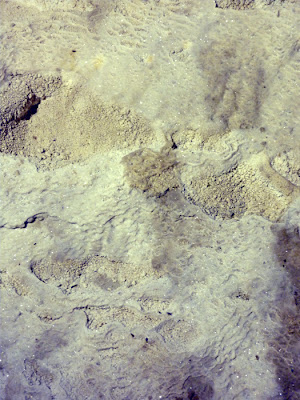 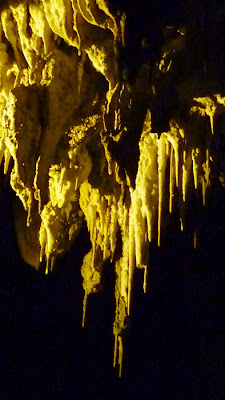 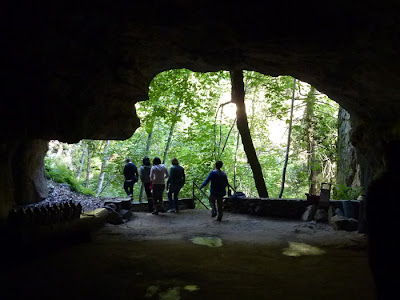 Back into the summer heat... the tour was about 45 mins. The tour guide was friendly and informative, tours are run by volunteers. 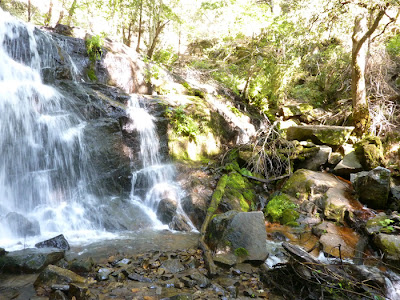 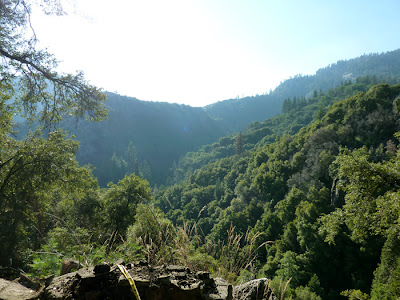 Climbing uphill back to the car was terrible, to say the least. 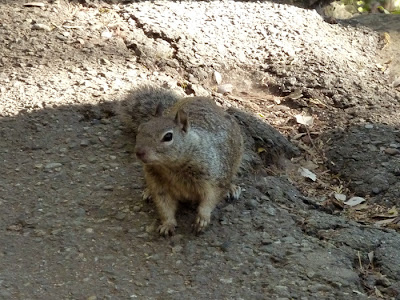 
We didn't see any bears (fortunately). We forgot we had food in the car; there were warnings that bears might ransack your car if you left food in it. Anyway it was a very, very, very long drive back (dangerously) as we were all falling asleep. By the time we reached home it was already 1am! I think it will be a while before I take another road trip.

This looks like so much fun! I love to hike, and caves are so fascinating. I've never seen trees like that. I would love to visit a gigantic forest, especially if there are adorable furry creatures there! Thanks for sharing your photos.