On the fourth day I decided to visit the Yangmingshan National Park (陽明山國家公園), the weather forecast said it was going to be cloudy with occasional rain all week so we might as well go!

From Taipei Train Station we took public bus 260 located outside the north entrance. The bus trip took about 40mins. It ends at a mini bus terminal at the base of Yangmingshan. There is a shuttle bus 108 at the mini terminal that goes around the park at half hour intervals, the fees are capped at 60NTD. We took the one at 10.25am. You just need to tap your Easycard whenever you get on, each tap is 15NTD. The shuttle stops at main areas of interest so it is really convenient. 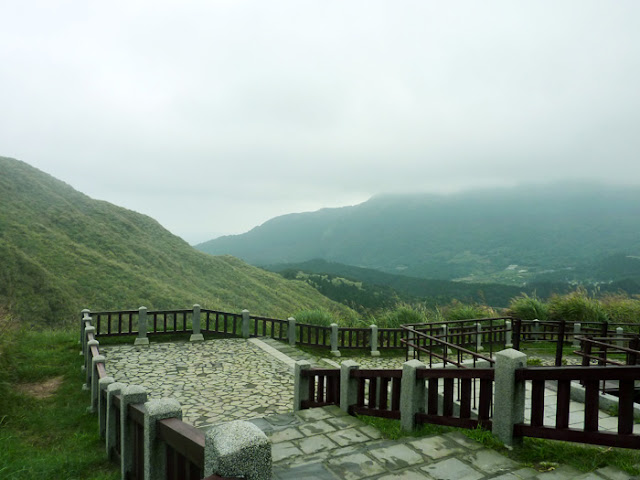 I decided to visit only 3 trails for the day trip, the easiest ones to walk since my mom is not really up for hiking. First stop is an area called Xiaoyoukeng (小油坑) literally 'Little Oil Hole'. The attractions are sulphur fumaroles and the lovely view of course! The smell of sulphur gets you once you are there. 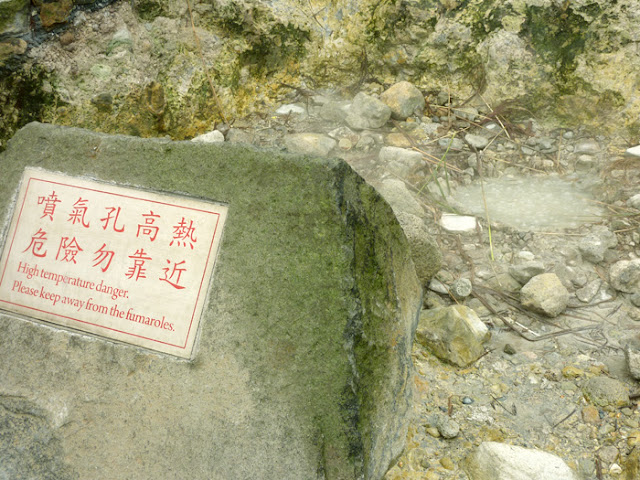 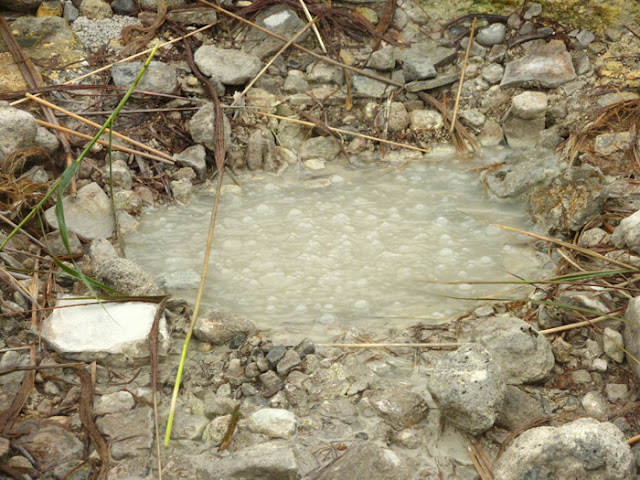 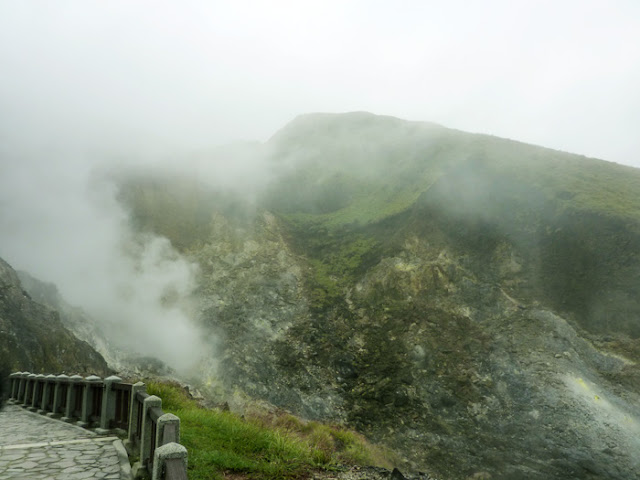 The powdery stuff towards the right are yellow sulphur deposits, with steam to the left. 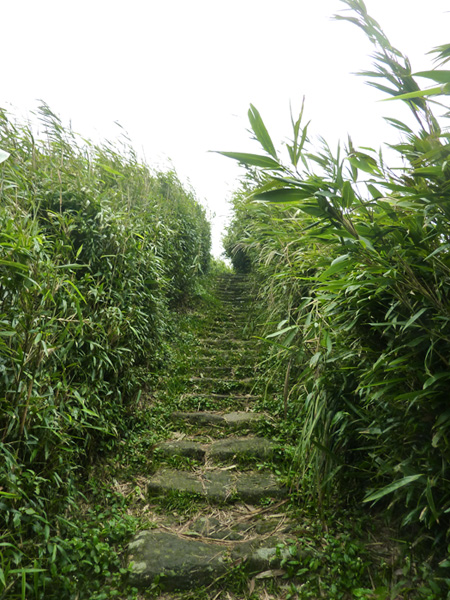 Tall bamboo reeds line a stairway towards a viewing platform. It was a long climb. It was so windy the bamboo leaves were scratching on our faces! 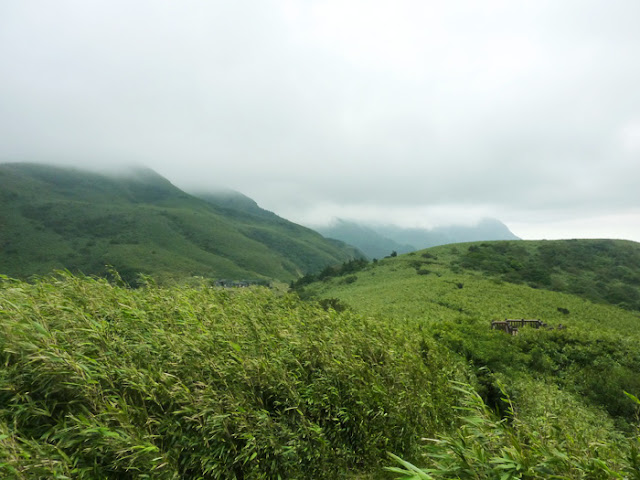 View from the top, it was really cold but such a beautiful sight! 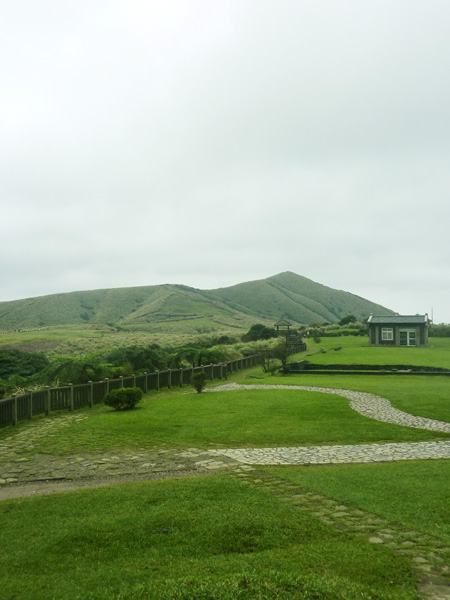 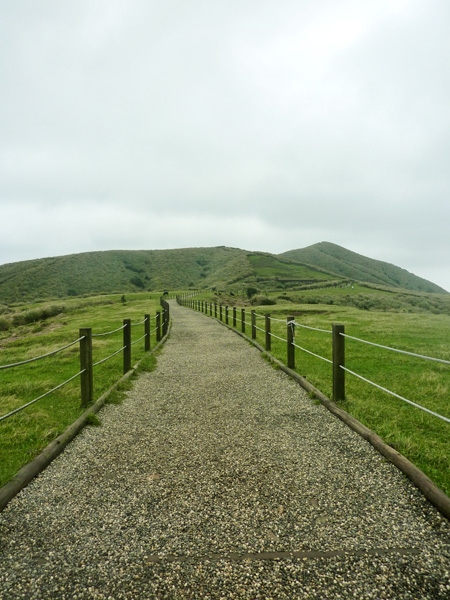 It resembles a storybook scene. I felt it was windier and colder than Xiaoyoukeng, and it started to drizzle when we were here. My mom was shivering so I told her to put on the poncho (wasn't hard to keep it on when it kept flapping in the wind), we pretty much laughed it off. 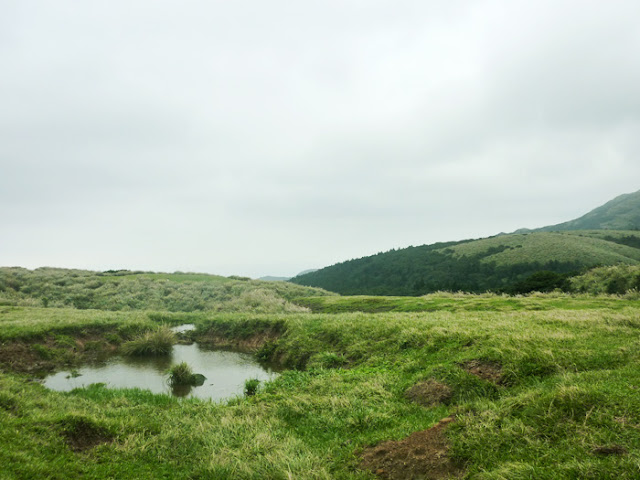 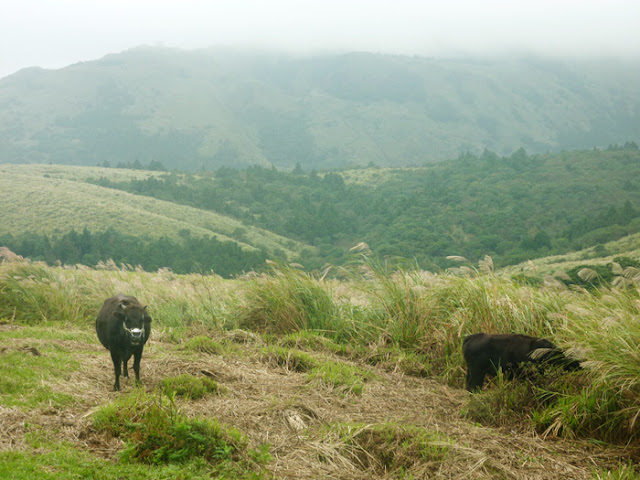 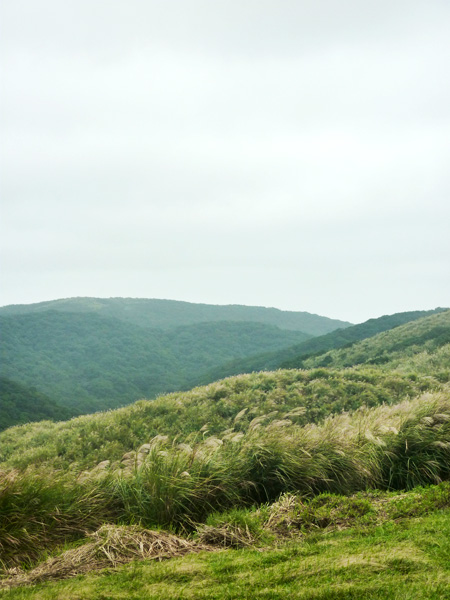 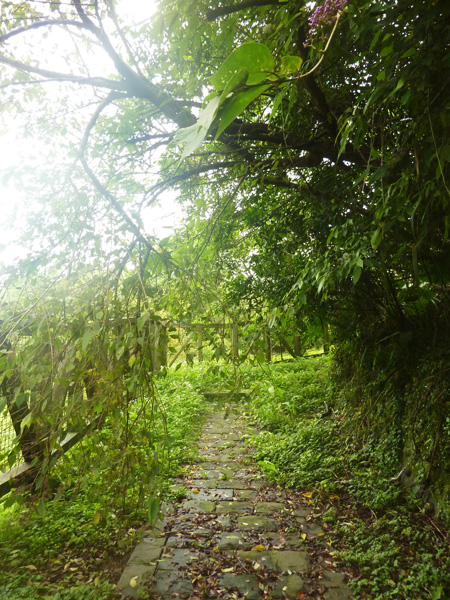 After that we took the shuttle bus and since there was time I decided to catch the Juansi Waterfall on the way down the mountains. This part is a shortcut through the other side of the road that leads to the start of the forest trail. 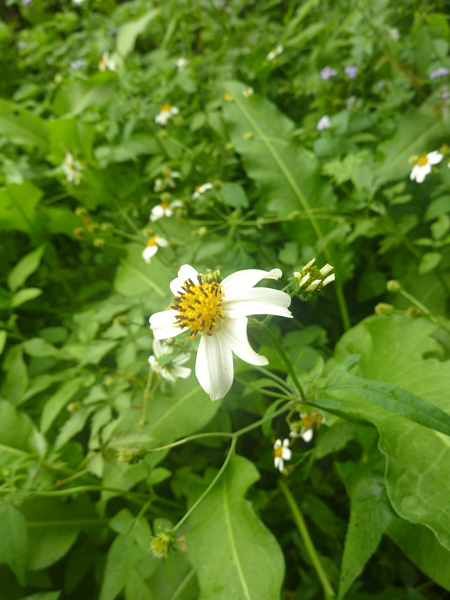 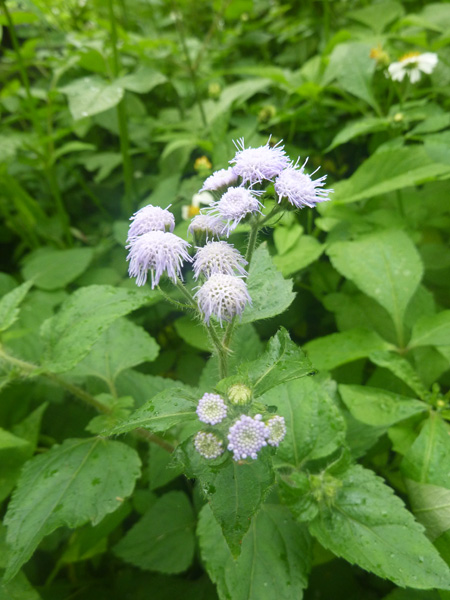 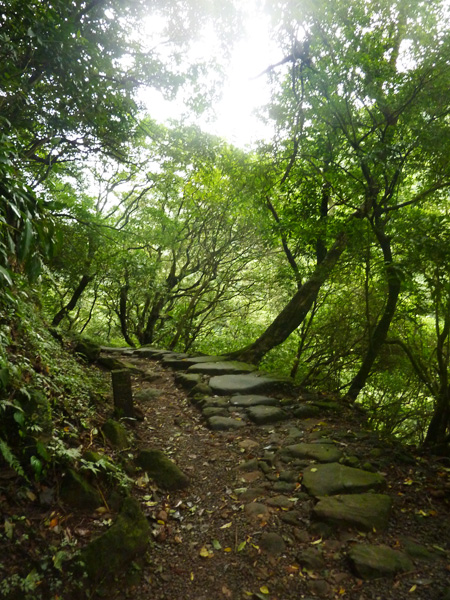 On rainy days people are advised to avoid the Juansi Waterfall (涓絲瀑布) trail due to possible landslides. It was closed earlier in the month but now reopened with warnings. When we were halfway, there was a small drizzle of rain so it is best not to loiter. 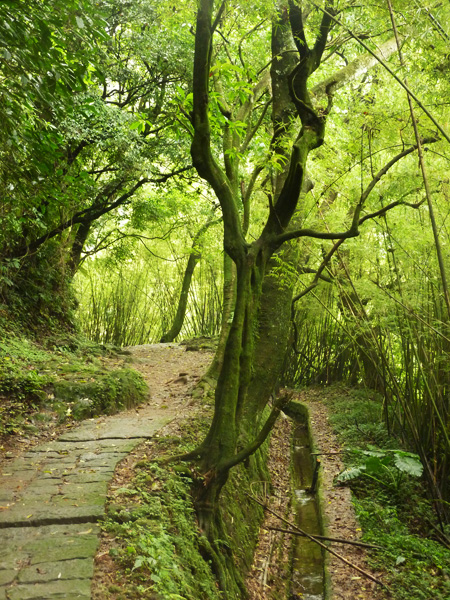 Very nice and quiet, there are waterways on the side of the trail. Not cold but definitely much more comfortable than Singapore's hot and humid jungles. Take a deep breath and smell the scent of the wet soil and leaves! 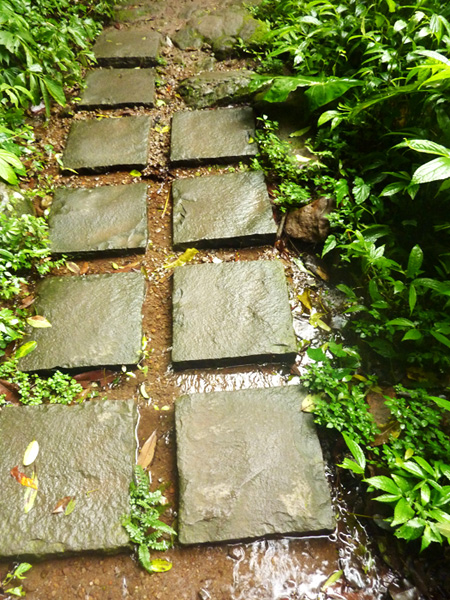 Footpath cutting the path of a mini waterfall from the left. 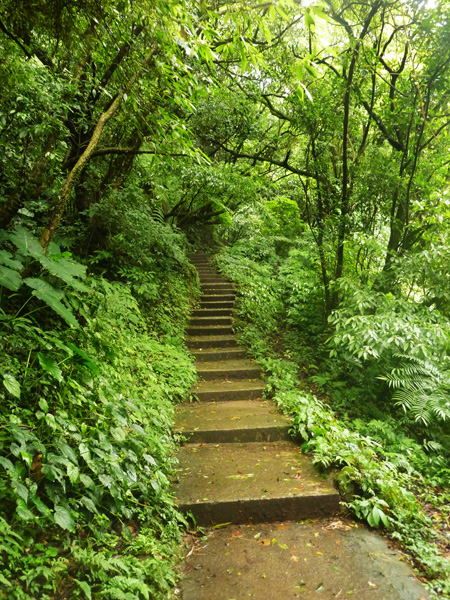 Once again you have to climb a ton of stairs to reach your destination. The trail is 1.1km long. 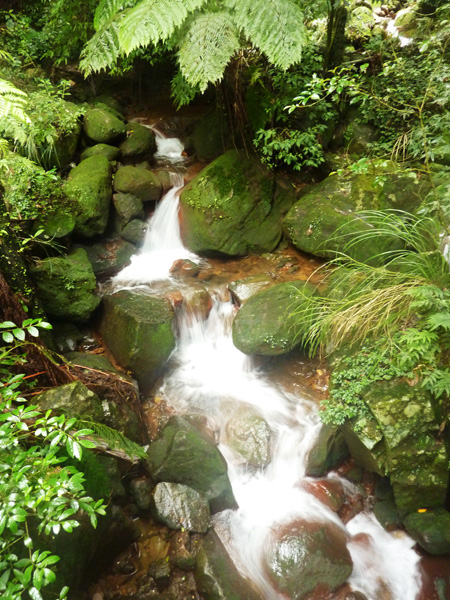 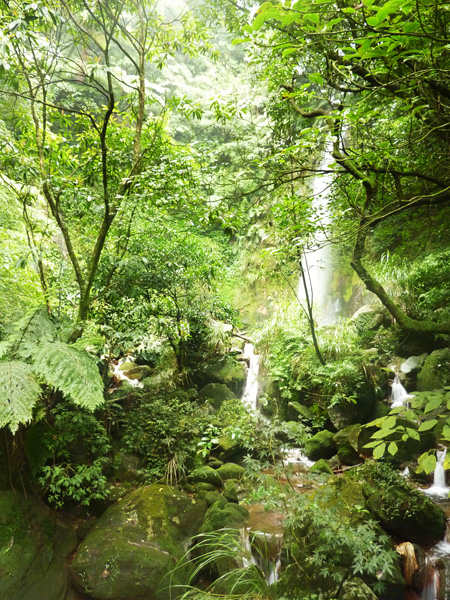 Finally! I thought it wasn't worth the trek, the waterfall was smaller than expected and the viewing platform is a little far away from it. We hurriedly took a few photos and went back as the rain was getting heavier. There was a solitary old man sitting by the falls doing some sort of rhythm with his hands... I wonder if he lived nearby.

Anyway, back at the shuttle bus stop we waited for ages for the 108 bus to come, the interval was supposed to be 30mins but we waited 50 mins for it, in the rain, and carrying heavy bags! That part actually drained all my energy rather than any of the treks lol. 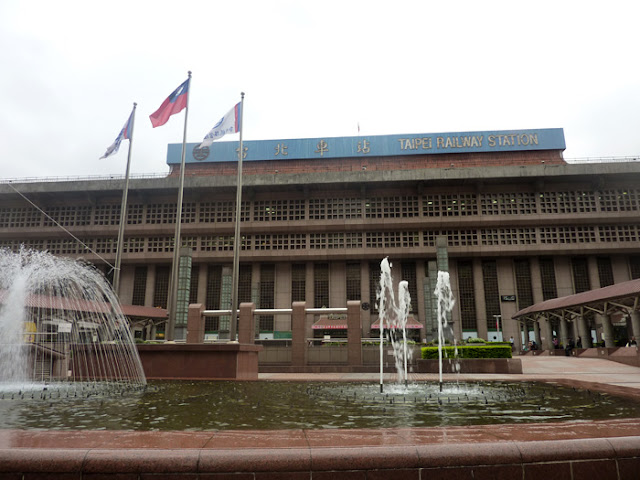 Back at Taipei Train Station. 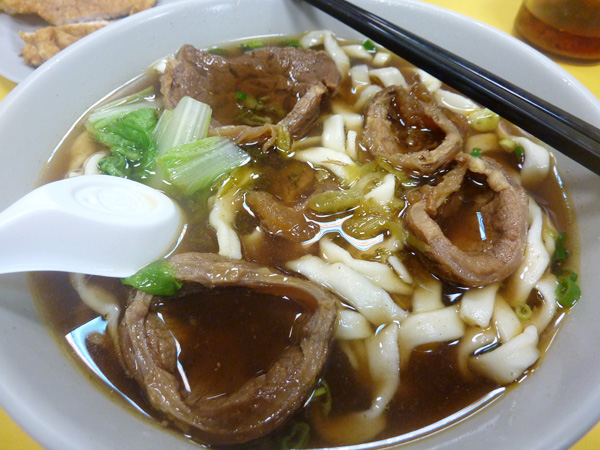 After being in the cold for so long I decided beef noodles were it. This one cost about 45NTD I think, which is about US$1.50, with free flow of tea.