Hi everyone just finished a painting and thought to show my processes. Still experimenting with the medium so if you have any tips please feel free to leave a comment. 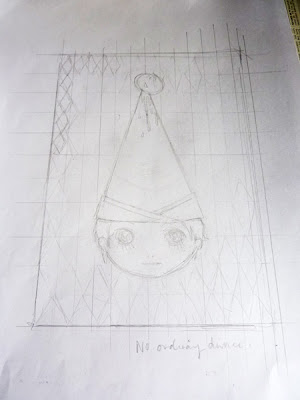 This is my initial sketch on paper. It is entitled 'No Ordinary Dunce'. Started this in Nov last year. 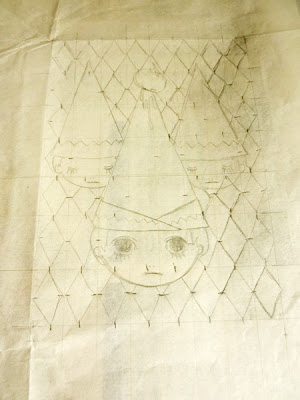 I traced the sketch onto tracing paper. It is similar to those butter paper kinds, fixed the design. The harlequin shapes are not equally sized just estimates within the dimensions of the canvas. 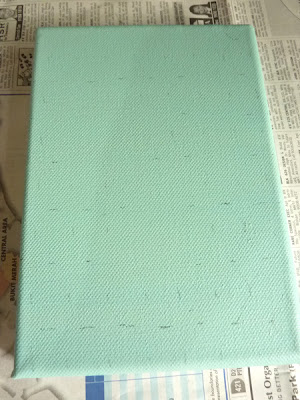 This is a primed canvas that is mounted and stapled on the back. I usually gesso my canvas but for this one I didn't because it was ok as is. Painted it blue and used a carbon paper to roughly mark out the harlequins after it was dried. 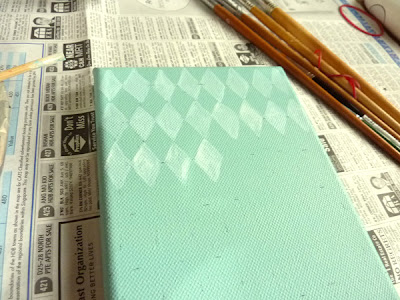 Started to paint the diamonds using the markings as guidelines. 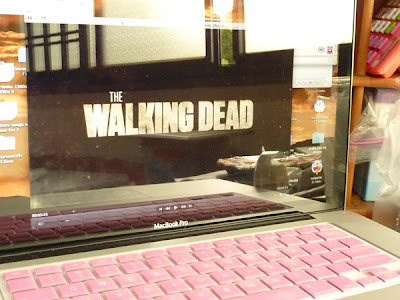 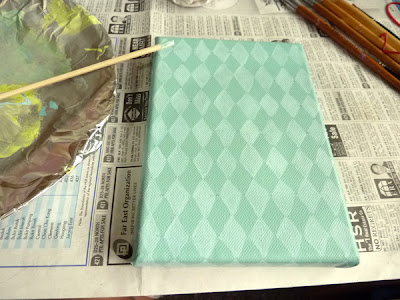 The first layer is done and painted on 4 sides too. This is what it looks like after 2-3 layers of the same colour, it becomes more opaque. Not perfectly done but don't need it to be right now as I will retouch up at the end stages. 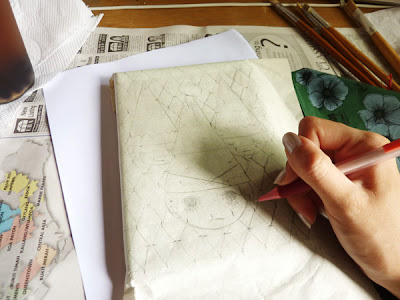 I traced my dunces onto the canvas after the background is dried. There is a carbon paper underneath, 3 sides are taped to the mounts so it won't move. 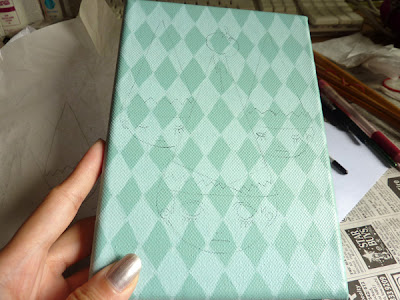 This is how it looks after tracing, some parts didn't transfer clearly so I drew straight on with my pencil. The background has some smudged carbon prints on the side from pressure; don't know how to fix that except to repaint those areas later on. 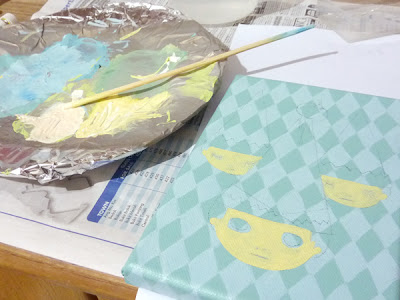 Started to paint the first coat of the faces. My mixer is a bamboo chopstick and the palette an aluminum foil over a plate, whatever works? I use a spritzer and spray water whenever it starts to dry out. Although acrylic paint dries quickly, in Singapore it's still wet after half an hour due to our 87-100% humidity here. I also keep paper towels nearby to dab out excess water and rinse the brushes often in a bowl of water because once paint dries on the brushes, it's a goner. 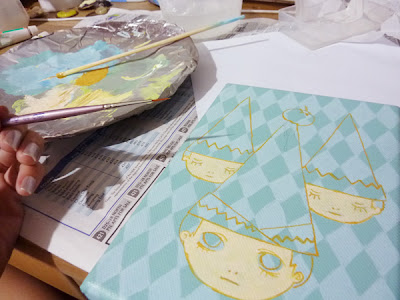 I trace the outlines using a fine nib brush. This is done by a size 3/0 (Spotter) brush. 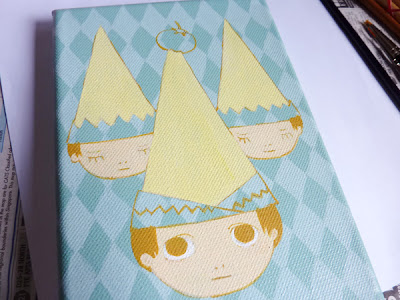 After that ...sorry I left the painting sitting for 3 weeks and forgot I was doing a photolog and continued painting without taking photographs. Anyhow filled in the other colours and did gradients, blending was done by mixing 3-4 shades of colours from dark to light and blending as quickly as possible. The hats were done twice over because the first time the gradients weren't successful. 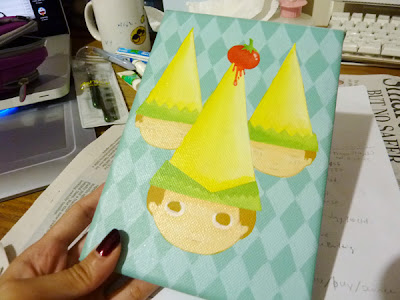 This is what the new hats look like, they are a brighter yellow than my previous cream colour. The face also has slight shadows. The outlines are now obscured. 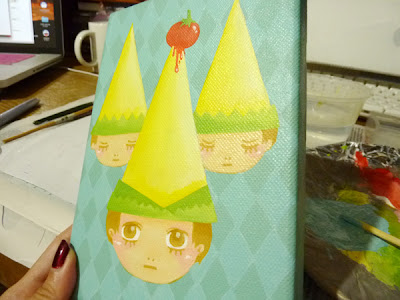 I fixed whatever parts needed to be neat and added the facial features. 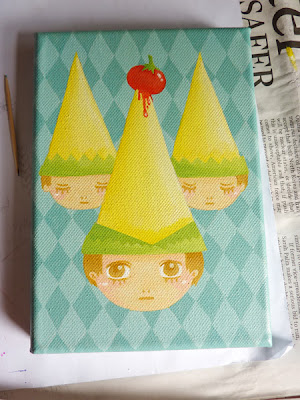 Ok after the dunces are complete I redid the whole background, the colour is slightly different from my original background because it's almost impossible for me to remix the same colours. This would hide some of the smudges from the carbon paper I was talking about earlier. Needs to be done very carefully and it took about 4 hours with 3 layers of paint. 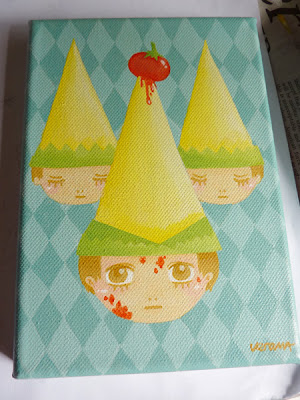 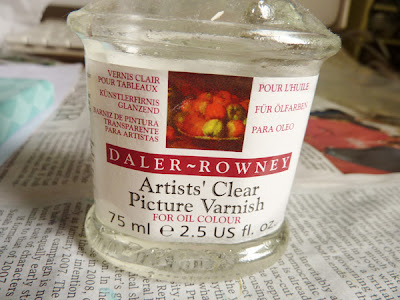 I use the Daler-Rowney Artists' Picture Varnish to seal the painting. It took forever to dry with 3 coats of varnish since it was raining everyday, got impatient with the 1st and 2nd so it is not perfect (not going to state what mishaps I had lol) and the last coat I waited about 2 weeks for it to dry properly. 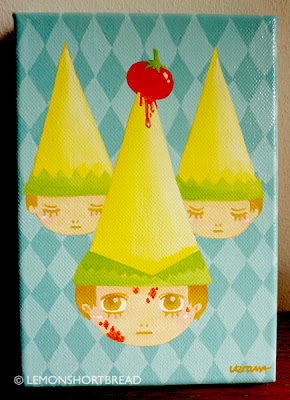 'No Ordinary Dunce' is available in my Etsy shop here: No Ordinary Dunce - Original Pop Painting
Completed on 31 Dec 2010, though the varnish only dried 2 days back. Added a sawtooth hanger on the back.
I hope you enjoyed this!
Posted by Lemon Shortbread

I love this and the process it took you to make it :)... its turned out great :)