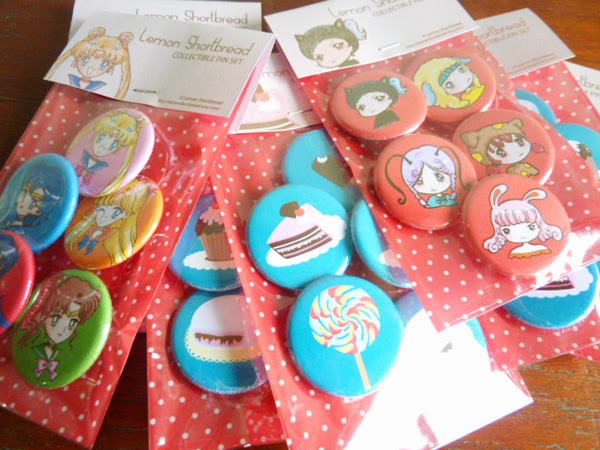 Small run of new kawaii pins release, made in USA, metal backs 1.25". All are original art, except Sailor Moon and friends, which are fanart! The dessert set is a different edition from my last one that was released in 1" set of three; there is an additional two candy pins now to standardise the numbers. Three themes have been released before in 1", but I thought they were a little too small for the details to be seen so decided to make them bigger. Each set comes with 5 buttons, I have a few loose ones from unmatched sets, so if you just want a particular character, we can arrange something too - just convo me on Etsy or leave a comment.