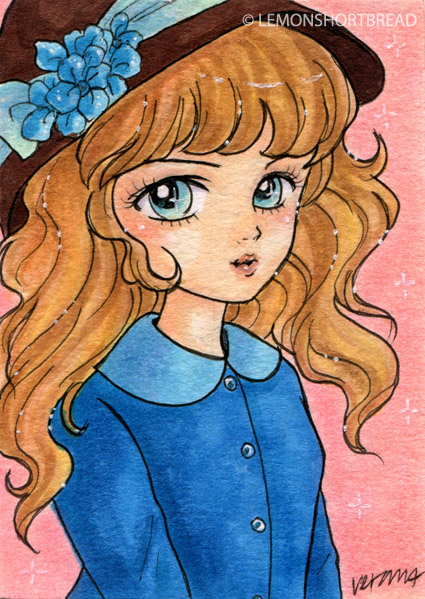 Finally came up with something coloured! Titled 'Blue Sunday Best', shoujo-styled, made with pen, markers and pastel, and then sprayed with fixative to keep the pastel on. She is already sold to a friend, just as I listed it. Thanks Kei!

This ACEO was sketched back in April 2014, while I was still in the US. Never got to complete her because I forgot about it and she got buried with my other prints. Also bought some new pastels lately and tried it out on this because the paper (Canson mixed media paper) has some tooth to hold the colour. I like the effect, the pastel colours are limited and a bit messy to use, but at least there is an additional source of colour in case I don't have the right shade of marker inks to do those graduating tones.
Posted by Lemon Shortbread