This was the first time I've ever been to Changi Beach! It was a lovely day and the temperature was good for once. It was Sunday 17 July, and there was a thunderstorm during the afternoon so we almost called it off. But at around 4pm, the rain clouds drifted away and the sun was out again. 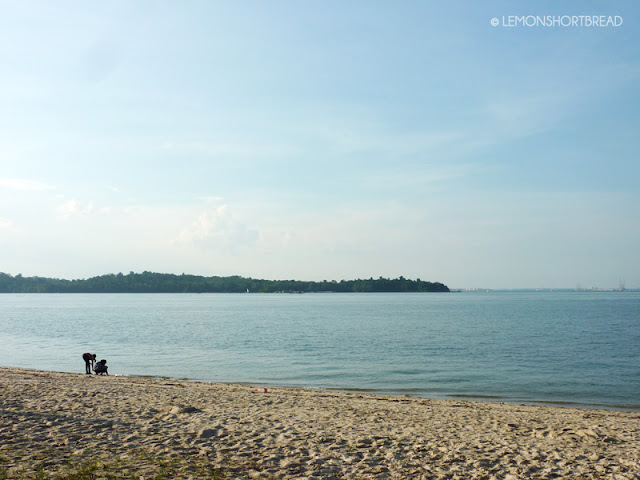 Maybe due to the earlier rain, it was not crowded for the weekend. Compared to East Coast Park which has a sizeable buzz all the time, Changi Beach was rather idyllic. Also it wasn't hot that day, although I got quite a bit of sun still, with bearable mugginess.

There are bicycle rentals but we were looking for the multi-seater covered cart types that are always snapped up at East Coast Park; these are not available at Changi yet. 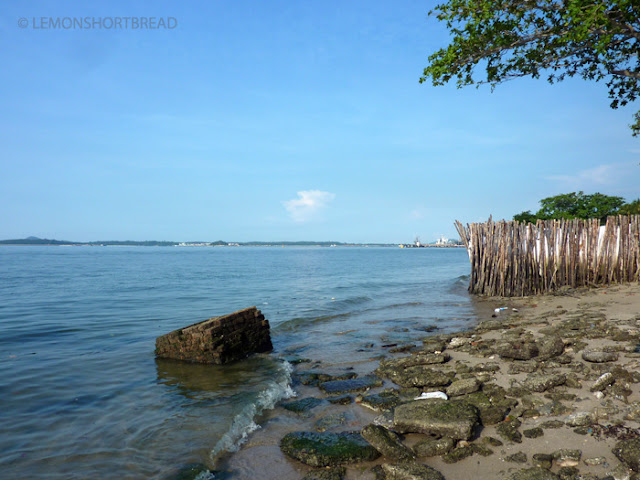 There are no hawker centres here but a bistro, and drink vending machines. If you'd like to have a meal, Changi Village - about 2 min drive, is the closest bet. Open-air showers are available.

I don't know why I haven't been here before, maybe it was the stigma that this place was soiled with a bloody massacre during the Japanese Occupation, and some people believe it is haunted at night. Maybe there is nothing for me to eat or do here except swim in the sea (no thanks) or cycle (don't know how).

On a side note, Punggol Beach had massacres but many people are unaware of this. Short history lesson: my grandpa almost became a victim because he was a teacher, we credit nothing less than God's grace because they ran out of space on the registration truck and he was the only one left who didn't get on. It turned out the truck was bringing them to the beach to be killed! 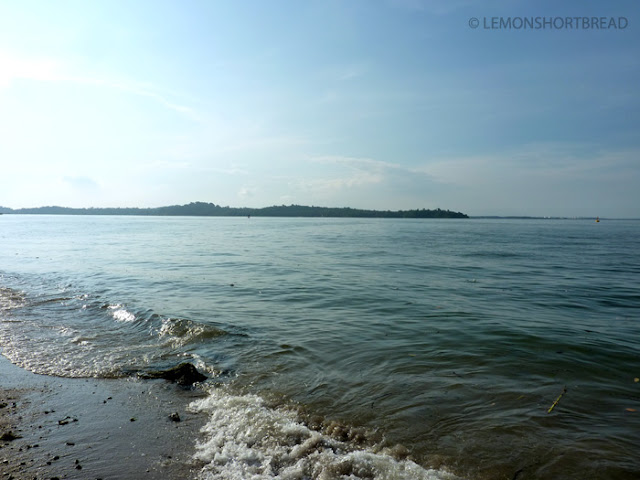 Anyhow, we decided to check it out of curiosity, and since my mom wanted to pick seashells. I had a feeling I wouldn't find much beach glass... Well my hunch was right.

There are tons of seashells but almost no beach glass! The only glass I found were new beer bottle shards littered by the beachgoeres, not the pretty sand & sea-tumbled ones from ships! Large ships don't travel on this side of the island. 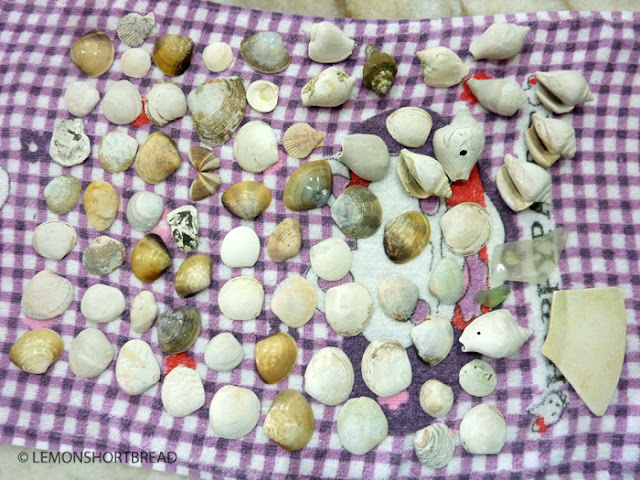 Our stash. Yes there are that two pieces of beach glass but I should have just thrown them back since they are too new. I don't know why I picked up that porcelain shard either? 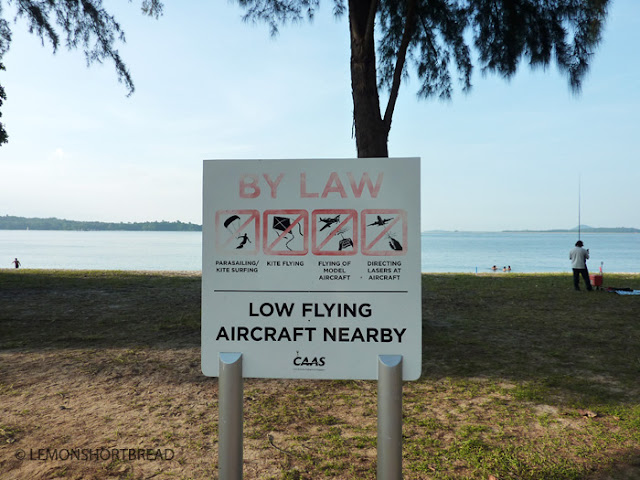 The beach is located near Changi Airport so activities are restricted to swimming (if you are not afraid of jellyfish), exercise and fishing. If you want to fly kites, you need to head to other beaches. I heard it is a good spot for viewing sunrises and sunsets, and if you like looking at planes taking off and landing. 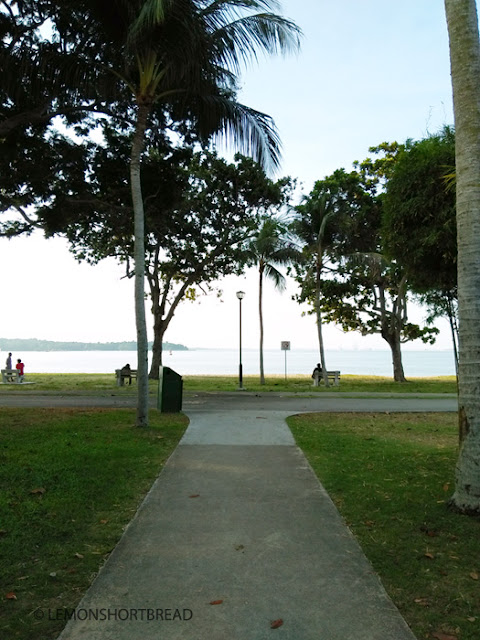 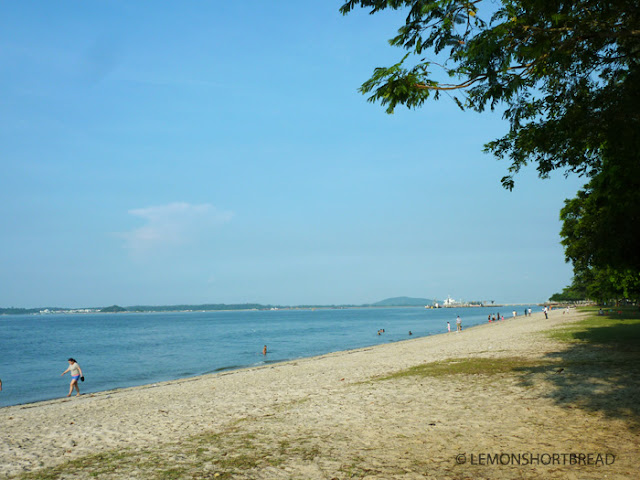 It is also a popular spot for walking dogs. There are picnic goers, bbq pits for rent and you can also pitch a tent for fun! It is a quiet, rustic alternative should you prefer to stay away from the overcrowded bike lanes at East Coast Park.